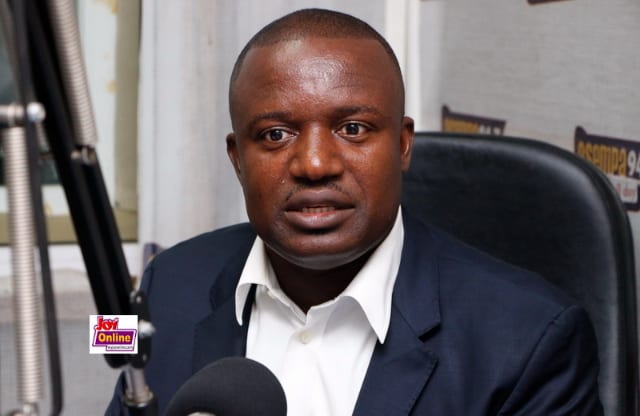 Member of Parliament for Yapei-Kusawgu, John Jinapor, has said that the Akufo-Addo government has borrowed about $10bn since taking power in 2016.

According to him, this is about three times the money the previous government headed by John Mahama borrowed during their time.

Speaking on Newsfile on Saturday, Mr. Jinapor explained that it is not wrong for a country to borrow, however, how the money is spent becomes essential.

Mr Jinapor noted that the previous government borrowed to invest in infrastructure projects like the Atuapo Gas Processing Plant, Kotoka International Airport among others which till date are making returns for the country.

However, the Akufo-Addo government, he said is spending less on capital expenditure which could help government make money to pay off the debt.

“If you look at Akufo-Addo’s borrowing, less than 50% went into capital expenditure. In fact in 2019, about $2.4bn of what they borrowed was used to finance free SHS. You’ve paid the parents’ fees, but the following year you have to start paying the interest and money is not available.”

“What we (John Mahana’s administration) used to do is we established a sinking fund or an escrow fund, thus putting something there so that when it matures, you will get something. What this government decided to do is refinancing, which means they’ll borrow say 3bn, pay 2bn that’s maturing and use 1bn for budgetary support, then you must ask yourself where are those monies going to?”

His comment comes after President Akufo-Addo authorised the Ministry of Finance to formally engage the IMF for a Balance of Payment support.

But Government’s decision to seek economic refuge from the Fund has been received with mixed reactions as some, especially members of the National Democratic Congress (NDC), argue that it is long overdue.

Meanwhile, an economist and political analyst, Dr Theo Acheampong, is confident Ghana’s decision to go to the IMF will restore confidence in the Ghanaian economy.

He said the decision sends a signal to the players within the International Capital market that the country is on the trend to “fix the mess that we find ourselves in.”

“That then signals that going to the market, and the sort of investors that we are dealing with would have some sort of confidence in the Ghanaian economy and reverse the portfolio of outlookers,” he added.