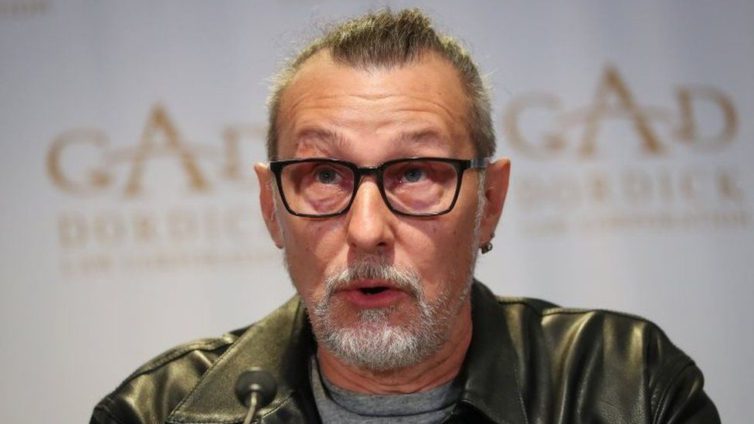 The head electrician on the film set where Alec Baldwin accidentally shot dead cinematographer Halyna Hutchins last month is suing the actor and other crew members over the incident.

Serge Svetnoy, a friend of Hutchins, is alleging negligence that resulted in “severe emotional distress”. He says the bullet narrowly missed him.

The authorities are still investigating the 21 October incident in New Mexico.

No criminal charges have been brought against anyone.

Assistant director Dave Halls has told investigators he failed to check all the rounds in the gun before handing it over to Mr Baldwin, according to a court document.

Mr Halls reportedly called out “cold gun” as he gave it to the actor, meaning he believed it to be safe.

A film director was also injured in the shooting on the set of the Western film Rust.

During a news conference on Wednesday, Mr Svetnoy, 63, said he had seen guns sitting unattended in the dirt a few days before the fatal shooting, adding that he had warned the people responsible for them.

His lawsuit alleges that on the day of the shooting he “felt a strange and terrifying whoosh of what felt like pressurised air”, when the gun went off. He was struck by “discharge materials from the blast”.

At the news conference, Mr Svetnoy said he had kneeled down to try to help Ms Hutchins.

Neither Mr Baldwin, 63, nor other defendants named in the lawsuit have so far publicly commented on the latest developments.

First responders and others react to Rust set death.

First responders and others react to Rust set death.

DISCLAIMER: The Views, Comments, Opinions, Contributions and Statements made by Readers and Contributors on this platform do not necessarily represent the views or policy of Multimedia Group Limited.
Tags:
alec baldwin
Gun Incident
Halyna Hutchins
Negligence