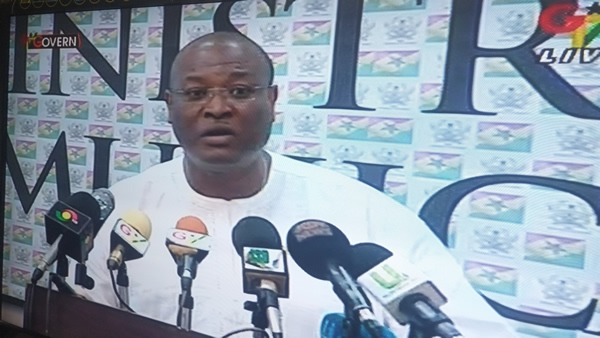 Some 30 out of 200 ambulances procured by government for emergency services have been left at the mercy of the weather at the precincts of Parliament.

The ambulances cannot be used for the purposes for which they were shipped into the country last year because they are not fit for purpose.

According to the Health Minister Alex Segebfia, the ambulances were brought into the country without the necessary specifications needed for effective operations.

The decision to bring 30 ambulances without medical equipment into the country has been condemned by parliamentarians.

Member of Parliament for Atwima Mponua, Isaac Asiamah said the development shows the level of incompetence of government.

He is also calling for the dismissal of public officials responsible for the €15 million ambulance contract.

The Minister was brought before the House to explain the circumstances under which the vehicles were manufactured, shipped into the country without any inspection by Ghanaian officials.

"Mr Speaker it is not unknown  that people say one thing and do something different. We know what we asked for. We do not have what we asked for at this stage. Therefore without going into the detail or be deemed to have breached any contractual position at the moment we have said that what we have does not meet our specification," Alex Segbefia said on the floor of Parliament.

When asked who bears the cost of the 30 ambulances in the country, the minister said he could not provide the answer at the moment and would rather the deputy minority leader Dominic Nitiwul tables the question for another time so he will come with a response.

The director of the national ambulance service, Dr. Ahmed Nuhu Zakaria said the development is as result of changes in ministers.

Speaking to Joy News Dr Zakaria said there was supposed to be three delivery inspection by the Ghanaian team before the shipping was done but that was not done because of changes at the ministerial level.

He said the manufacturers have been asked to supply the medical equipment to be fitted into the ambulances.