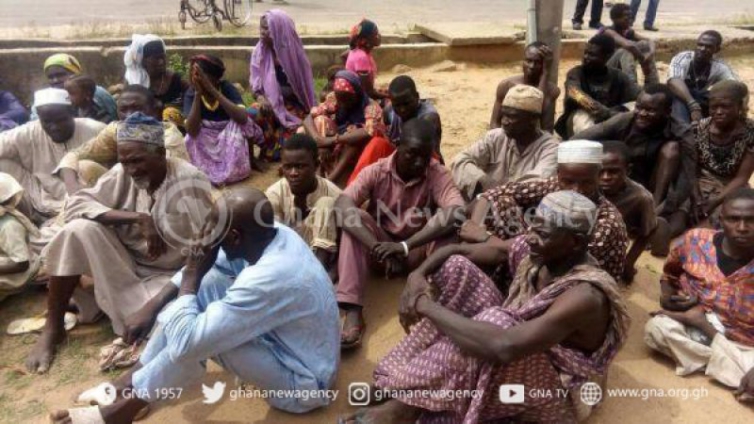 The Ashanti Regional Security Council (REGSEC) has been told to expedite action to halt the influx of beggars on the streets of Kumasi.

The principal streets of Ghana’s second-largest city have recently been invaded by hundreds of alien beggars, the majority of them believed to have migrated from Mali, Burkina Faso, South Sudan, Chad and Niger.

The recent conflicts in the Sahelian Region were identified as the factors contributing to this development, as the migrants and their children flee for their lives.

Usman Ahmed, Head of the Regional Fulani Community, and also a member of the Ghana Ranching Committee described the development as unfortunate, especially the use of minors to beg for alms.

The manner in which these kids run after speeding vehicles on the streets is worrying, he bemoaned.

“It is unfortunate that nobody seems to care about the activities of the teeming kids on our streets, and the earlier the authorities resolved the issue the better it would be for the country,” Alhaji Ahmed noted.

These migrants have besieged mosques in the metropolis, especially the Kumasi Central Mosque, where most of them are perching.

Reacting to the issue, the Regional Department of Children under the Ministry of Gender, Children and Social Protection, told the GNA that the Directorate was also worried about the situation.

“We have notified the Ghana Immigration Service (GIS) and REGSEC of the prevailing circumstances.

“The authorities have promised to tackle the issue urgently,” Mr. Stephen Darfuor, Regional Director of the Department, stated.

The safety of the migrant children, according to him, was at stake.

DISCLAIMER: The Views, Comments, Opinions, Contributions and Statements made by Readers and Contributors on this platform do not necessarily represent the views or policy of Multimedia Group Limited.
Tags:
Burkina Faso
Kumasi
Mali
REGSEC
South Sudan