All activities in rosewood trade in Ghana are illegal – Inusah Fuseini 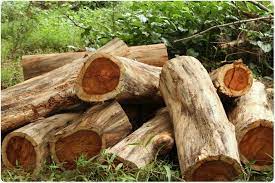 This is due to a ban that has been placed on the export of rosewood in the country since 2018.

The former Tamale Central MP speaking at the Joy Forum on ending illegal Rosewood trade in the country on Wednesday, was insistent that transporting of rosewood from any part of the country is not approved by authorities thus making it illegal.

He explained that persons who engage in the rosewood trade do not go through proper documentation with those in authority before proceeding with their activities.

“The movement of rosewood from whichever area in Ghana is not covered by documents,” he stated.

As a result of the dire effect of the activities of the illegal rosewood traders, the former Minister during his tenure banned the export of the harvested wood in Ghana.

Mr Fuseini said the decision was informed by a belief that “continuous harvesting of rosewood posed an existential danger for this country. In terms of the devastating nature of the weather: in terms of farmers, the rain [and] because the Northern part is fragile when the rainy season is coming, it comes with an intense storm.”

Despite the ban, he stated that illegal trade of rosewood is still ongoing in the country.

“…ever since I announced that the harvesting and exporting of rosewood is banned until further notice, no Minister has lifted the ban.

“But we also know that export records received in China indicated that rosewood was exported from Ghana in spite of the ban. The question is, how did it leave the shores?” he disclosed.

The former minister said the ongoing phenomenon is a result of highly influential personalities backing individuals engaging in the illegality.

He, therefore, suggested that no politician should be put in charge of regulatory bodies such as the Forestry and Mineral Commissions since their political counterparts could come to them for favours. Instead, he proposed that professionals should be appointed to occupy such portfolios.