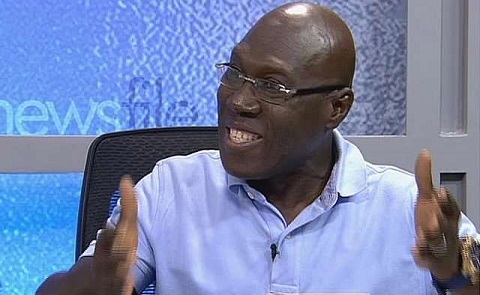 Former MP for Tamale Central has refuted the assertion of the former Special Prosecutor (SP) Martin Amidu that the Akufo-Addo led government used the ‘Double Salary’ case as a bargaining chip to lure the Minority caucus into approving his ministerial nominees.

Describing the allegation as a fairy tale, Inusah Fuseini noted that the allegation levelled against some National Democratic Congress (NDC) MPs is unfounded and cannot be backed by evidence.

According to him, persons purported to have been involved in the ‘Double Salary’ brouhaha were not charged after investigations, hence, the incumbent government had no leverage over the said minority MPs to approve ministers-designate.

“The case itself was investigated, in 2017/2018 after the preliminary statement was made, nobody was cautioned [charged] on any offences by the investigating authority and to say that the case would have been prosecuted but because of the deal nothing happened, that is clearly a fairy-tale, I mean it can not be supported by evidence that was produced before the investigation authorities.”

His reaction comes on the back of Martin Amidu’s latest epistle, dated Tuesday, May 25, accusing the President of employing Machiavellian tactics in ensuring that his ministerial nominees were approved by the National Democratic Congress (NDC) MPs on the Appointments Committee of Parliament.

According to the SP, Akufo-Addo and his government had leveraged the Double Salary Scandal and other criminal cases in which some NDC members were complicit, in forcing their hands to approve his ministerial appointments.

But in a sharp rebuttal, the former MP for Tamale central emphasised that there is no correlation between the alleged scandal and the approval of nominees, therefore Amidu’s allegation is far-fetched.

Inusah Fuseini believes that Mr Amidu’s claim is based on hear-say therefore should be disregarded.

He says, “the appointment committee takes decision either on the basis of consensus or division and whatever decision by the appointments committee is subjected to approval by the preliminary that is sitting parliament duly constituted.

“This cannot be supported by the turn of event because the approval of minsters came 3 years after the case died a natural death. How can you make a connection, what is the nexus between the case which was investigated 3 years ago and the approval of the minister designated in the second term of Akufo-Addo?” he quizzed.