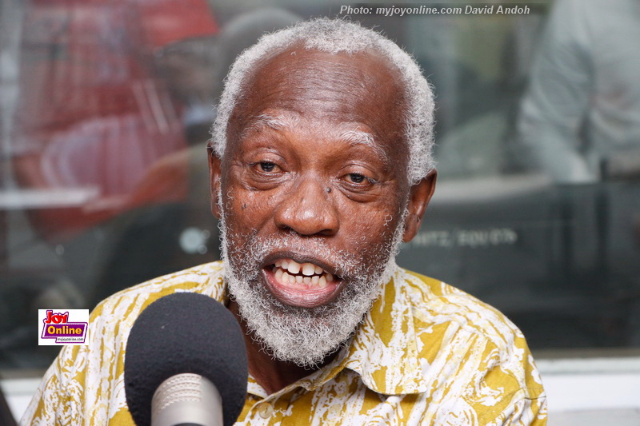 Professor of Leadership at Ashesi University, Stephen Adei, says civil servants should not be uncompromising in their refusal to accommodate political aides engaged by political heads at government departments.

According to Prof. Adei, it will not be out of place for Ministers to have a five-member team of experts to help them deliver their expected tasks.

“I personally think that a typical minister should be allowed to come with five experts whom he would go with,” the former GIMPA Rector stated at the Accra Dialogue IV on Wednesday, which focused attention on pertinent issues surrounding the Civil Service of Ghana.

The Civil and Local Government Staff Association of Ghana (CLOGSAG) has been fighting government over claims most of their members have been sidelined by several ministers at the expense of cronies.

But Prof. Adei favours the appointment of experts who are knowledgeable in specific sectors rather than engaging persons who associate with the ministers for the purpose of gaining some personal advantage.

“…Is the minister going to sit there and interface with everybody? He can’t,” Prof. Adei argued. He cautioned however that, political appointees should “appreciate that no presidential appointees or ministerial appointees can ever take over the whole functions of the whole Civil Service.

He said it is pointless for over 400,000 civil servants to feel uneasy by the engagement of about 200 political aides by the political heads at the ministries, departments and agencies.

A former Chief of Staff in the John Agyekum Kufuor administration, Kwadwo Okyere Mpiani, who also spoke at the forum, justified the appointments of persons outside the civil service.

Mr. Mpiani would, rather, want the debate to be focused on capping the number of appointments made by the President or a minister outside the civil service.

“Even if a president decides to bring in only advisors from outside, these advisors need the civil service to help them to perform…we must allow the president also to bring in the people he believes will help him in his management of the affairs of the state,” Mr Mpiani stated.

Another former Chief of Staff under the John Mahama administration, Prosper Bani, wants presidential staffers to be re-oriented of how government business is done.

“Those appointed as ministers of state at the presidency must also shed away their prejudices about the civil service being ineffective and that they can take on the whole government machinery and get things run through the system, they would face real issues,” Mr Bani said.