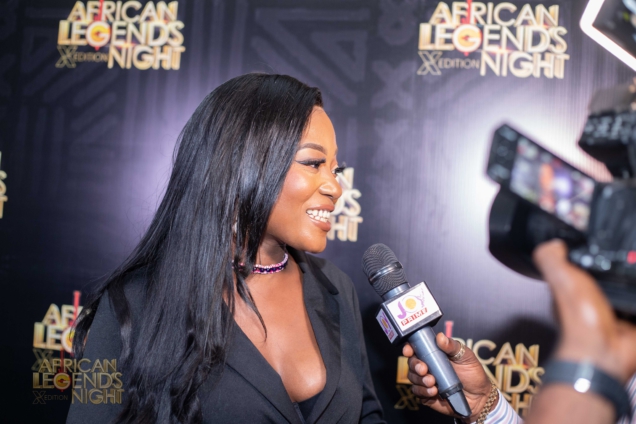 It’s going to be an all-Ghanaian lineup as highlife legends Amakye Dede and Rex Omar, reggae/dancehall act Samini and songstress Efya have been announced as headliners for the 10th-anniversary concert of the African Legends Night.

Global Media Alliance, the organisers of the event said it will take place on Farmer’s Day, December 2, at the Grand Arena of the Accra International Conference Centre (AICC).

The African Legends Night is a high-profile concert which recognises and celebrates African musicians who are considered living legends.

Over the 10-year period, the event has witnessed over 20 headliners and close to 50 performances by musicians from a number of African countries such as Ghana, Ivory Coast, Nigeria, DR Congo, Namibia, South Africa and others.

As part of marking the 10th anniversary, the concert will for the first time be hosted in December to offer a new “December In Ghana” experience for Ghanaians and the diaspora.

“With our legendary headline line-up for the concert coupled with these new initiatives, what African Legends Night promises this year is something that will certainly push the show to greater heights,” the CEO of Global Media Alliance, Ernest Boateng, said.

Speaking at the launch, the CEO of Ghana Tourism Authority (GTA), Akwasi Agyeman, said music tourism has become a major global trend where people move around countries to experience entertainment and cultural activities including musical concerts.

According to him, the Authority has taken a deliberate policy to position Ghana as the best destination for music tourism, especially in December.

He commended the organisers for hosting the African Legends Night in December as it ties into GTA’s plans for Beyond the Return initiative.

“These legends have played major shows, won multiple awards – both local and international – and they have given a night masterpiece of performances that have created indelible marks in the hearts and minds of the audience,” said Jerry Ofori, Head of Events at Global Media Alliance.

Hugh Masekela was the first headline artiste for African Legends Night. He was also the first act to do a back-to-back performance the following year.

Yvonne Chaka Chaka was the first Female Headline Performer in 2016. That year was a female-dominated concert with Akosua Agyapong, Wiyaala, Becca and eShun.

The show for the first time had an all-Ghanaian lined-up in 2018. Headliners were Kojo Antwi, Daddy Lumba and Samini.

It was the first time in many years that Kojo Antwi and Daddy Lumba performed on the same stage in Ghana.

In 2019, the concert witnessed two foreign African music greats – Awilo Longomba and 2Face also known publicly as 2Baba – as part of the headliners.

African Legends Night is supported by the Ghana Tourism Authority under its Beyond The Return initiative.

DISCLAIMER: The Views, Comments, Opinions, Contributions and Statements made by Readers and Contributors on this platform do not necessarily represent the views or policy of Multimedia Group Limited.
Tags:
African Legends Night
Amakye Dede
Beyond the Return
Efya
Global Media Alliance
Rex Omar
Samini