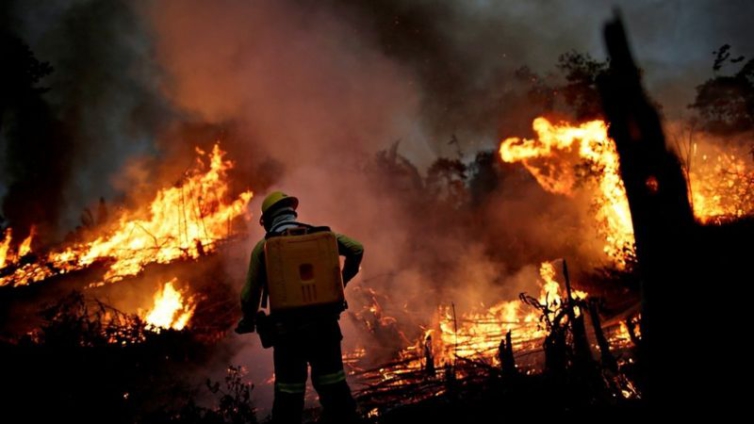 The number of fires blazing in Brazil’s Amazon region in October 2020 was more than double those in the same month last year, satellite data suggests.

Satellite data also suggests that there was a record number of fires in the Pantanal wetlands last month.

In July, the government imposed a 120-day ban on setting fires and deployed the army to badly hit areas, but the latest figures from Brazil’s National Institute of Space Research (Inpe) suggest the measures have not curbed the blazes.

Data released by Inpe on Sunday suggests there were 2,856 fires in the Pantanal region in October, the biggest monthly figure since records began over 30 years ago.

President Jair Bolsonaro has not commented on the latest figures, but has previously dismissed data from Inpe as flawed. He has also said the criticism levelled against his government over the fires was “disproportionate”.

While the figures for October – traditionally a month when rains bring some relief – are particularly alarming, those for the year so far are also worrying environmentalists.

According to Inpe, 93,485 fires have been recorded in the Amazon so far this year – 25% more than in the same period in 2019, when President Bolsonaro’s handling of the forest fires drew international condemnation.

DISCLAIMER: The Views, Comments, Opinions, Contributions and Statements made by Readers and Contributors on this platform do not necessarily represent the views or policy of Multimedia Group Limited.
Tags:
Amazon fires
Institute of Space Research
Jair Bolsonaro