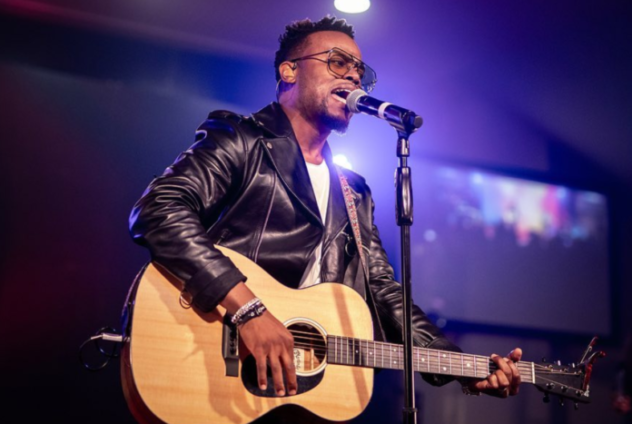 The event is set to happen at the Perez Dome on November 4, 2022, with other renowned Ghanaian gospel musicians such as Diana Hamilton and Ohemaa Mercy.

The list continues with Celestine Donkor, Perez Music, Jack Alolome and Edwin Dadson among other notable gospel maestros who are eager to shake up the auditorium.

The headline artiste, Travis Montorius Kwaku Greene began his music career in 2007 with the release of The More via Greenelight Records.

He has since released two studio albums, Stretching Out in 2010, The Hill in 2015, and an EP, Intentional in 2015. He also released his live-recorded third album, Crossover: Live From Music City in 2017.

Greene’s music has charted on the Billboard Top Gospel Albums and the Top Gospel Songs charts, and he has been nominated for multiple awards, including five Grammy Awards and 13 Stellar Awards.

Interestingly, this year’s event will span two days, as Adom FM intends to give many budding gospel musicians the chance to showcase their talents at the Praiz festival on the first day, prior to the main show on November 4.

The annual Adom Praiz concert, powered by Adom 106.3FM, has over the years seen some of the world’s biggest music acts give off electrifying performances that have left lasting memories on patrons.

The concert will this time have live patrons in the auditorium as the pandemic had the 2021 edition in virtual mode.

The ticket prices for this year’s event are GH₵ 150 for couples, and GH₵ 100 for singles.

DISCLAIMER: The Views, Comments, Opinions, Contributions and Statements made by Readers and Contributors on this platform do not necessarily represent the views or policy of Multimedia Group Limited.
Tags:
Adom Praiz
Adom Praiz 2022
Adom TV
Travis Green
Travis Greene