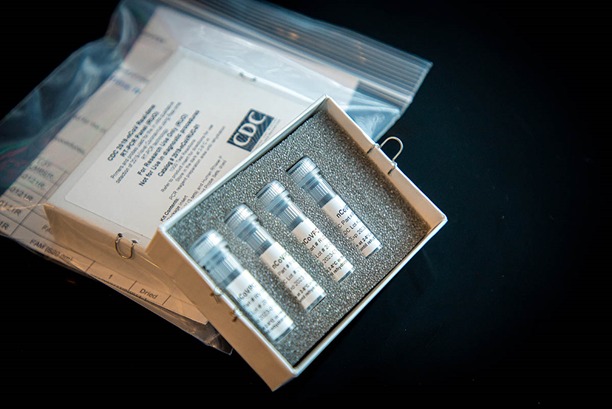 On March 11, 2020, the World Health Organization ( WHO) characterized the Covid-19 outbreak in the world as a pandemic. On March 16, 2020, the WHO recommends testing, isolation, and contact tracing as the key principles to managing the pandemic.

The testing for the virus has become a major source of controversy in most countries of the world including Ghana. Donald Trump most frequently taunts the United States as the country that has conducted the most test in the world putting the number at more than five million tests. This explains why when our president, H.E Nana Addo Dankwa Akufo-Addo in his 7th address to the nation stated that Ghana has conducted 68,591 tests on contacts traced, the media and scientific community started asking questions.

Due to the unprecedented nature of this pandemic, the testing workload in public health reference laboratories has increased enormously; rapidly surpassing the testing capacity of these laboratories and causing reagent and logistics shortages in the health systems of countries.

Interviews granted by  Noguchi Memorial Institute for Medical Research (NMIMR) officers in the early days of the pandemic put their daily capacity as One thousand two hundred (1200) test.

Prof. William Kwabena Ampofo in the last information minister’s press briefing explained that NMIMR is using a technique called pooling, hence their ability to conduct this high number of the tests as stated by the president.

The pooling of laboratory specimens or samples is not unprecedented.  Testing samples in pools have been used to detect infections such as HIV, Hepatitis B, and C  in blood banks all over the world during blood donation exercises. Pooling is a way to increase testing capacity and conserve reagents.

In simple language, pooling of specimens or samples is explained as follows: If you have 100 persons to test for a disease and you only have 10 test kits, you will be able to test only 10 persons out of the 100 if you test individually.

With pooling, you can divide the 100 persons into 10 different groups with each group containing 10 persons. You may then take small samples in each person from one group and mix them together, one test kit is then used to test the mixed sample,  if the tests return a negative result then all the ten persons in the group are negative.

If the mixed sample test positive then you will have to go back and test all the samples individually to determine which of the 10 samples is positive. From the explanation, it means if you have 100000 samples to test, you may be able to use 10,000 test kits or a little more instead of using 100,000 test kits. When the president stated that we had done the 68,591 tests, it simply means the actual number of tests conducted by Ghana is about 6800, equivalent to 68000 specimens or samples.

This method has been used in research and in detecting other virus but to the best of my knowledge, no country except Ghana is using this pooling method for the COVID-19 pandemic.

The pooling method is also used in the early stages of pandemics to detect community transmission and help make public health decisions. One of such research by Wenzel etal on using pooling to detect SARS-CoV-2 can be found if you click on the link.

The problem associated with this method is that: It makes population data interpretation and comparison difficult.

You cannot use this method to compare your testing capacity to other countries. Ghana is projecting itself as the country in Africa with the highest number of testing for COVID-19 per million population.

This may look true to the layperson, but scientifically it is false. South Africa increased its capacity from 5000 per day to about 30000 (6 fold) by deploying 60 new mobile testing units, 180 combined testing sites, and 320 testing units across the country.

If South Africa uses our method, its daily capacity will be about three hundred thousand (300000 ) sample tests per day. Ghana has about 4 testing sites now, so how can 4 testing sites perform the individual test more than over 300 testing sites?

To be able to understand disease transmission in order to provide effective care and prevention, it is important to distinguish people in the population who have the disease and people who do not have.

The quality of a diagnostic and screening test is critical in this regard.

Reverse transcriptase Polymerase Chain Reaction (PCR) is used in the diagnosis of SARS-CoV-2 in public health laboratory and research institutions.

The Centers for Disease Control and Prevention (CDC) and other bodies manufacture theses test kits and the Food and Drug Administration ( FDA ) is normally the final authority that licenses these kits to be used on patients.

Every manufacturer of a test kit normally includes a manual that gives you step by step procedure on how to conduct the test, any modification of the procedure may invalidate the test.

NMIMR stated that they did some random sampling to validate the process before using it. It is only the manufacturer of a test kit that can modify and validate a test, any modification needs to be approved by the FDA before it can be used on patients.

Because NMIMR did not manufacture these test kits, they have invalidated the results by deploying this pooling method and the manufacturer cannot be held responsible for any problems that may arise.

SARS-CoV-2 is a novel coronavirus and we do not know if pooling may affect the validity of the test itself when conducted on a large scale.

Ghana has a backlog of samples to test, this is not good for the pandemic response, instead of being ahead of the virus, the virus is rather ahead of us. Any delay in reporting results more than 2 days renders the results irrelevant.

In conclusion, I would like to ask  NMIMR these scientific questions: 1. Was the pooled testing method validated with the same test kits? 2. What method did they use to concentrate the RNA extract? 3. Did they seek approval from the manufacturer before modifying the procedure? And lastly what is the sensitivity and specificity of the pooled test and can this be reproduced?

Answers to these questions will help us ascertain the validity of our testing method.

The writer, Dr. Yakubu Akparibo, is an Aerospace medicine specialisti and the Technical Lead on Health & Aviation, Bureau of Public Safety

DISCLAIMER: The Views, Comments, Opinions, Contributions and Statements made by Readers and Contributors on this platform do not necessarily represent the views or policy of Multimedia Group Limited.
Tags:
Coronavirus testing
Noguchi Medical Research Institute