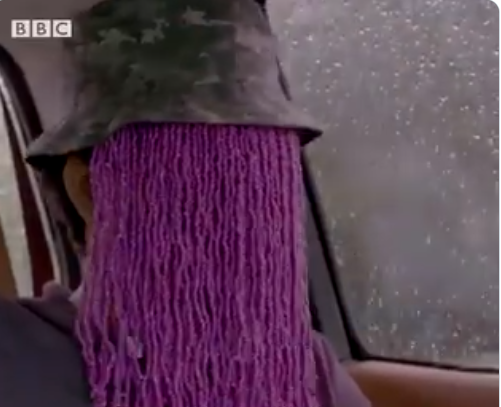 Investigative journalist Anas Aremeyaw Anas has denied claims that he is set to release an investigative piece on the just-ended December polls.

According to the investigative journalist, he has not carried out any such exercise and referred to claims that state otherwise as false.

Rumours of Anas Aremeyaw Anas carrying out such an investigation stemmed from a flyer circulating on social media bearing the image of the hooded journalist announcing that a piece done to expose electoral malfeasance in the 2020 elections would soon be released.

The flyer also had the logo of BBC’s Africa Eye with the title of the said piece being “Investigative Piece on Ghana’s 2020 Elections”, “The People, The Votes, and the Fraud”.

The National Democratic Congress’ (NDC) parliamentary candidate for Nhyiaso constituency, Richard Ato Kwamina Prah in a Facebook post had also indicated that indeed the investigative journalist had carried out an investigative piece on the 2020 elections.

He alleged that the Anas video will reveal some journalists who were caught on tape receiving bribes from a political party to display wrong results for the ruling New Patriotic Party (NPP).

He wrote on Tuesday, “Anas has caught some journalists pants down taking huge cash from NPP to declare wrong results for the NPP.”

He further stated that the United Nations has asked that the video be shown on the streets of America and the United Kingdom for all international agencies to see the extent of Electoral fraud in the just ended Ghana 2020 elections.

That post has been taken down by Facebook, and he has issued a disclaimer to that effect.

However, the award-winning investigative journalist in an interview with Rainbowradioonline.com stated that such claims are false and should be ignored.

DISCLAIMER: The Views, Comments, Opinions, Contributions and Statements made by Readers and Contributors on this platform do not necessarily represent the views or policy of Multimedia Group Limited.
Tags:
Anas Aremeyaw Anas
Election 2020
Fake News