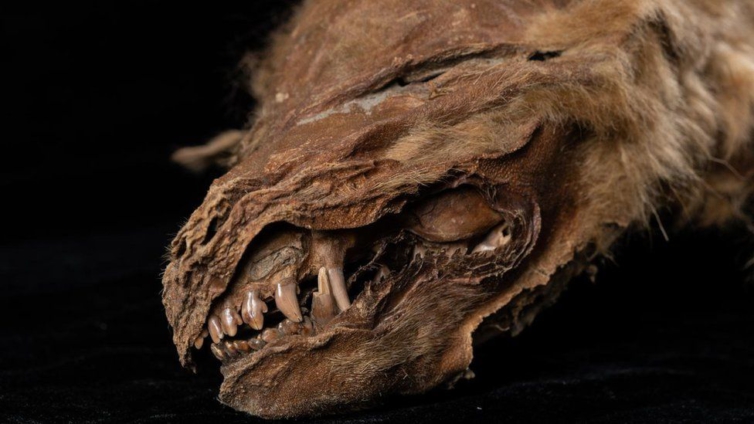 A wolf cub that was found mummified in northern Canada lived at least 56,000 years ago, scientists say.

Hidden in permafrost for tens of thousands of years, the female pup was discovered by a gold miner near Dawson city in Yukon province in 2016.

Scientists now say the pup, whose skin hair and teeth remain intact, is “the most complete wolf mummy known”.

Using a variety of techniques, the team was able to determine many aspects of the pup’s life, from her age and diet to a probable cause of death.

The findings, published in the Current Biology journal on Monday, show the pup and her mother had eaten “aquatic resources”, including fish such as salmon.

By comparing data from the wolf’s DNA and an analysis of her tooth enamel, they found she was likely to have lived and died between 56,000 and 57,000 years ago.

X-rays of the body, meanwhile, found the pup was around six to eight weeks old when she died.

The study noted that while ancient wolf fossils are relatively common in the Yukon or neighbouring Alaska, mummies of larger mammals are rare.

“We think she was in her den and died instantaneously by den collapse,” Professor Meachen was quoted as saying.

“Our data showed that she didn’t starve and was about 7 weeks old when she died, so we feel a bit better knowing the poor little girl didn’t suffer for too long.”