Android: Why this photo is bricking some phones 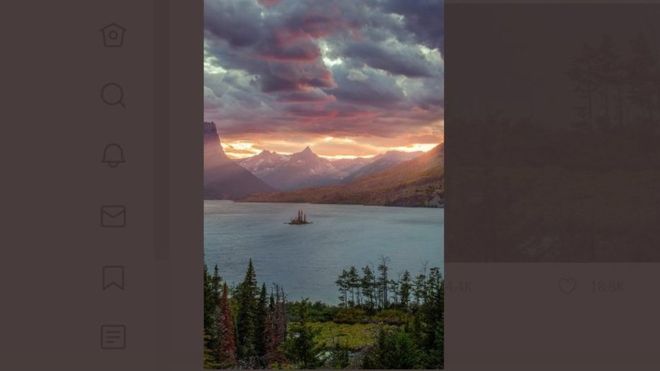 Dozens of Android phone owners are reporting on social media that a picture featuring a lake, a cloudy sunset and a green shoreline is crashing their handsets when used as wallpaper.

Several brands seem to be affected, including Samsung and Google’s Pixel.

The bug makes the screen turn on and off continuously. In some cases a factory reset is required.

The BBC does not recommend trying it out.

Samsung is due to roll out a maintenance update on 11 June. The BBC has contacted Google for comment but not yet had a response.

A tweet on the issue has had thousands of likes and re-tweets, with some reporting that their phone has also been affected.

WARNING！！！
Never set this picture as wallpaper, especially for Samsung mobile phone users!
It will cause your phone to crash!
Don’t try it!
If someone sends you this picture, please ignore it. pic.twitter.com/rVbozJdhkL

Tech journalist Bogdan Petrovan at Android Authority said the bug did not affect his Huawei 20 Pro but it did cause a Google Pixel 2 to malfunction.

“After setting the image in question as a wallpaper, the phone immediately crashed. It attempted to reboot, but the screen would constantly turn on and off, making it impossible to pass the security screen,” he noted.

Restarting the device in safe mode (by holding down the volume button during boot-up) did not fix the issue.”

It appears to affect some but not all devices running the latest version of the Android operating system, Android 10.

The launch event for Android 11 was due to take place this week but has been postponed.

There has not yet been an official reason given for the bug but developer Dylan Roussel, who writes at 9to5Google tweeted his theory.

“As digital photographs have improved in quality, phones need to check what the image ‘colour space’ is to work out how to display it properly,” they said.

“It’s how a phone knows how to display exactly the right shade of green, for example.

“There are different ways of defining the colour space. Some spaces have specialist uses in graphic design, so sometimes you’ll see images that aren’t in the usual ‘Standard RGB’ format. It’s also possible to deliberately create images that have more colour information than some devices can handle.

“What’s happened here is that the way some phones deal with these cases has gone wrong.

“The phone crashes because it doesn’t know how to deal with it correctly, and the software developers probably hadn’t considered this might happen.”

DISCLAIMER: The Views, Comments, Opinions, Contributions and Statements made by Readers and Contributors on this platform do not necessarily represent the views or policy of Multimedia Group Limited.
Tags:
Android
Samsung
Wallpaper