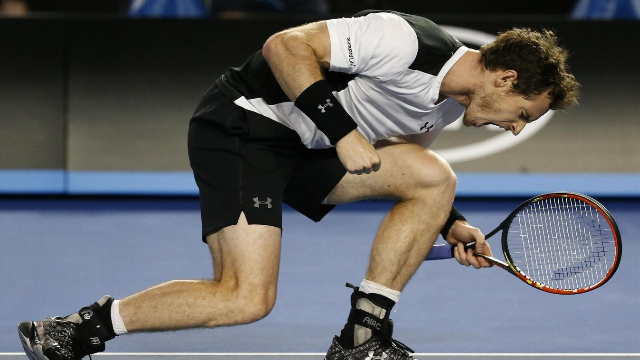 Andy Murray will face Novak Djokovic in the final of the Australian Open after beating Milos Raonic in an absorbing five-set semi-final.

Murray will bid to add the Australian Open to his Wimbledon titles of 2013 and the 2012 US Open in what will be his fifth appearance in the final of the season’s first Grand Slam.

A four-hour match is hardly ideal preparation for Murray before he meets the daunting Djokovic in what could be the third leg of a possible career Grand Slam.

The Scotsman trailed 1-0 and 2-1, but was ruthless in dispatching Raonic, who began to toil with a groin injury after pinching a tight second set on the tie-break.

It was desperately bad fortune for Raonic, who had looked poised to go one better than his career highlight of making it to the Wimbledon last four in 2014. But the Canadian 13th seed will reflect upon a magnificent tournament under new coach Carlos Moya having enjoyed a momentous win over French Open champion Stanislas Wawrinka in the fourth round.