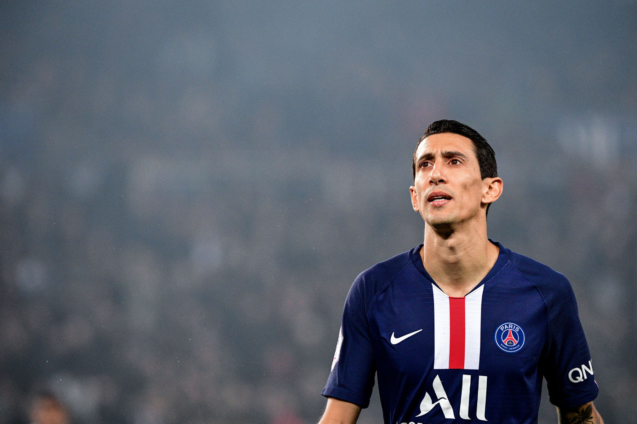 Paris St-Germain forward Angel di Maria has been banned for four matches for his role in a bad-tempered Ligue 1 defeat by Marseille on 13 September.

Di Maria, 32, was accused of spitting at Marseille defender Alvaro Gonzalez during a match in which five players were also sent off after a late brawl.

The Argentina international was one of seven PSG players to test positive for coronavirus before the season.

The league did not confirm his ban was for spitting.

The video assistant referee chose not to take action against Di Maria at the time of the incident with Gonzalez and he played the full game as champions PSG lost 1-0.

PSG’s Neymar, Leandro Paredes and Layvin Kurzawa, and Marseille’s Jordan Amavi and Dario Benedetto, were all dismissed in injury time.

As he left the pitch, Neymar told the fourth official he had heard a racist comment. The Brazil forward later posted on social media that his “only regret” was not hitting Spanish defender Gonzalez in the face.

Gonzalez has denied any wrongdoing.

In announcing Di Maria’s ban – which begins on 29 September – the Ligue de Football Professionnel said it will “examine the file” relating to Neymar and Gonzalez on 30 September.

DISCLAIMER: The Views, Comments, Opinions, Contributions and Statements made by Readers and Contributors on this platform do not necessarily represent the views or policy of Multimedia Group Limited.
Tags:
Ángel Di María
French Ligue 1
Ligue 1
Olympique de Marseille
PSG