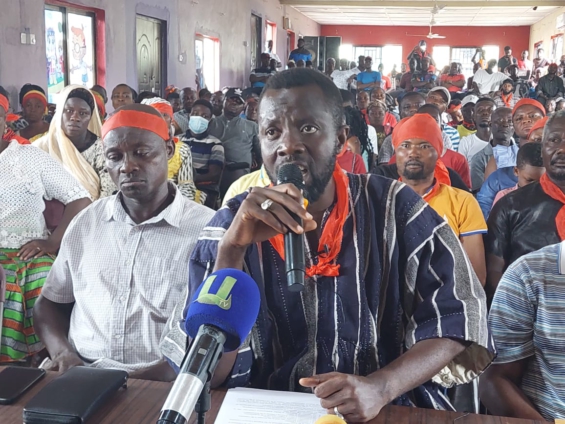 Over 600 former NPP executives in the Manhyia North Constituency have threatened to disrupt the polling station elections scheduled for Sunday if the 45 disqualified nominees are not reinstated.

After days of confusion over the acquisition of forms, some 1400 nominations were filed for the contest in Manhyia North.

But after vetting, 45 of them were disqualified. The basis for the disqualification has been described as flimsy by the aggrieved group.

The aggrieved former party executives claim the disqualification is an attempt to disenfranchise persons loyal to the former MP for the area, Collins Owusu Amankwah.

They lamented the hurdles they had to cross to contest the polling station elections.

Speaking on behalf of all immediate past executives of the Constituency, Youth Organiser, Alhaji Mumuni Castro, said they are ready to disrupt the elections on Sunday if the party’s hierarchy fails to institute fairness in the process.

Party executives were not available for comment but information available indicates the elections will be conducted in 11 out of 175 polling stations.