Anny Osabutey: Supporting Arsenal is a sacred calling; fans can get upset but don't quit - MyJoyOnline.com

Anny Osabutey: Supporting Arsenal is a sacred calling; fans can get upset but don’t quit 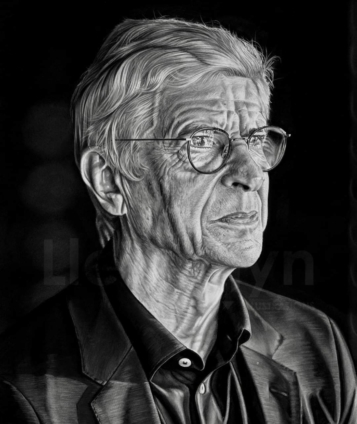 A day after Arsenal lost to Spurs in the return fixture in the English Premier League, my now ten-month-old son, Jack, as usual, woke up around 4:20am ready to play.

He was very active and wiggling on the bed to be allowed to get down, something I was not ready for because I was still sleepy and wanted at least an hour more.

I had struggled to sleep because was still processing a defeat partly brought on by bias officiating by Paul Tierney and those in charge of the Video Assistant Referee (VAR) led by Mike Dean, who retires after this season but will still be active in the game.

I was convinced and still convinced the penalty changed everything in the game, and spent hours in the dark, trying to analyse obvious decisions that went against us. I was in effect talking to myself; all alone, whilst everyone was asleep.

Several thoughts roamed freely in my head but had to calm myself down so I can sleep. But there was no sleep. Spurs are our main rivals in the north end of the city of London and anytime the fixtures were released for every new season, and even now, the first fixture I look at is the game between the two.

I then write it somewhere I can always see. Then as a single man, I used to write the fixture boldly on every wall in the room and the kitchen, so I could easily refer to it. I no longer have that luxury because it will not be accepted by my wife. S

ince 2018 or so, I write the fixtures on a paper and post them in my wardrobe. Arsenal and Spurs rivalry is up there with any other in the world, including that of Accra Hearts of Oak and Accra Great Olympics. Therefore, defeats suffered in their hands hurt as much as victories won give me endless joy. And we have had more victories over them.

As an Arsenal fan or even as a club, beating Spurs is our divine right. It is non-negotiable. It is therefore difficult trying to make sense of a defeat I still insist is tainted by poor officiating. One is entitled to disagree especially rival fans, but it does not change the fact that the penalty against us changed the game’s destiny.

I am not one who struggles to accept defeats especially when I know my team is not deserving of a victory, but I cannot accept what happened to us on that night. But it is life, and we move on. I have moved on but not forgotten how I felt the day after the game. Whilst struggling to convince my son to sleep without any successful outcome, I picked my phone and logged onto YouTube.

I watched videos of experts’ analysis of the game. My son looked at me, looked at the phone and fell on his back with laughter. Only the football gods can tell what was running through his mind.

I have been an Arsenal fan since 1993.  My first experience of Arsenal was a British tabloid, The Sun, from a distanced relative, now deceased, who used to bring foreign papers and video tapes from his travels. I still have that paper in my old newspaper collection.

The article featured a photo of Ian Wright and one Arsenal player, holding the FA Cup they won against Sheffield Wednesday in a game that was replayed. I later cut the photo and pasted it on a photo album I still have.  That photo was an instant love affair with the club.

The love got deepened Dennis Bergkamp joined from Inter Milan for. Then Arsene Wenger came, and I became an addict of his revolution. I love Arsene for one thing; he spoilt me with silverware. Under his watch, Arsenal became the preferred club of choice for even those who never liked football.

Almost everyone was an Arsenal fan and was proud to wear the shirt. But some of our compatriots or those who pretended to be deserted the club, and went elsewhere for overnight glory, when the trophy drought hit.

Our situation has even become a comic material and there are anti Arsenal skits all over social media.  I have had instances where people have mocked me by asking; “why are you still supporting this team; me I left long time ago.”

I do not consider such persons as fans. They are opportunistic dinosaurs who refuse to be part of the struggle that will bring the club back to where it should be.

In one of his famous quotes, Dennis Bergkamp said: “I really like Arsenal. But you, do you like Arsenal? Or just Arsenal with trophies?