Any future Ghana Development plan, it has to be culture 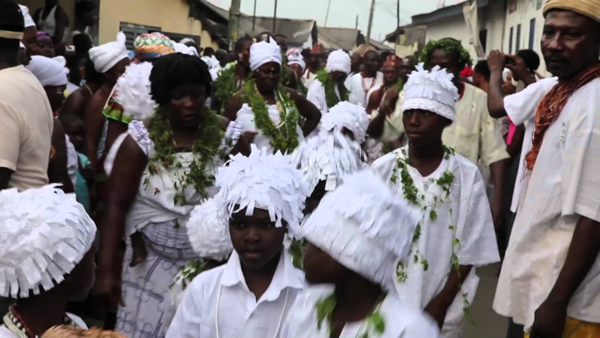 The stark reality is that no matter how many times a year or how many technically-detailed national development plans foisted on Ghana, it will all end up in the trashcan of history. Like in the previous cases, any future development blueprints laced with complex jargons, as usual, may not take the beloved Ghana anywhere till some intelligent policymakers and thinkers take a holistic look at some of the country’s ingrained cultural attitudes, including the extent to which culture impact a society’s progress at all levels.

Thus, to rephrase the words of former President Bill Clinton’s political strategist James Carville, any new Ghana development plan has to be more “culture-oriented, stupid” as opposed to mostly the “Economy, stupid!” The culture issue will be examined later in the discussions.

Well, has anyone heard some media reports attributed to the current head of National Development Planning Commission (NDPC) that Ghana is set to launch a project to map out an ambitious framework for “a 40-year development plan that will bind governments to a vision lasting till the country turns 100 years as an independent nation?”

This recent news accounts had it that the NDPC-orchestrated exercise is scheduled to be unveiled on August 4, 2015 by President John Mahama in a high-level governmental effort to highlight on the importance of the process to the full glare of the public. Generally, African leaders seem to be “experts” in high-sounding words, show-offs about grandiose plans for solving the hydra-headed problems facing their respective nations; but, what is the continent’s political and socioeconomic status among other sister continents since independence?

In fact any goal-oriented initiative sets in motion with the view to helping the country achieve tenable socioeconomic development should naturally be received with a sense of optimism by all Ghanaians home and abroad. But, unsurprisingly, there may be millions of Ghanaians who will receive with cold feet the news of drawing up a master plan for the so-called “40-year national development plan.” Ghana has been in these pretended national development plan roads many, many times before and never reached far on those unknown journeys.

A good survey of the nation’s mutable history shows “development plans” after “development plans” spread across all the governments—civilian and military—since political independence, but they all have been withered in the vine or achieved only mediocre outcomes.

In any event, what happened to the “Vision 2020” development plan unleashed by the government in 1995? Smarting from all these past and present highly-publicized, but poorly-implemented national development plans, if many farsighted Ghanaians hesitate or refuse to welcome the news of another development plan with any sense of hope, why blame them? Unquestionably, the pace or the trend of Ghana’s development over the decades points to never-ending public corruption, lack of internal controls, misplaced national priorities, and perennially poor prognosis of the nation’s socioeconomic ills.

On the heels of the foregoing is a country such as Ghana that possesses all the resources needed for high-quality development and industrial leap within one generation like Singapore or Hong Kong, but the nation’s third-rate advancement narrative is all too familiar for any more elaborate scholarly analysis. The depressing fact is that Ghanaian leaders—past and present—have woefully failed to understand the distinction between efficient implementation and photo op launching of series of technocratic-looking development plans. Yet what do we see?

They keep coming up with some more of the same plans, albeit in appealing packages, just to come across as the “smartest kids” in the room, and in the process fool some gullible Ghanaians as if they are doing something productive.

As hinted earlier, another development plan for the country will probably be “much ado about nothing” if the most notable factor that is fatally hindering Ghana’s development is always ignored.

In the midst of all these deep-seated cultural practices, not even a well-implemented development plan can leap-frog Ghana to the socioeconomic and industrial “promised land.”

Frankly, some of our embedded cultural mindsets need to change right now if the country is to make any headway in terms of sustainable development. It is not enough to receive huge loans, grants, and aids from the World Bank, IMF, and other global financial powerhouses. Nor is it just okay to follow the IMF or the World Bank and its strict loan conditions such as promoting savings and investments, holding inflation down, and ensuring world-class education for Ghanaian citizens. Clearly, all these are important parts of the development package.

Nonetheless, as the late Lee Kuan Yew, the chief architect of Singapore’s lightening socioeconomic development
once rightly pointed out: “Getting the [economic] fundamentals right would help, but…If you have a culture that doesn’t place much value in learning and scholarship and hard work and thrift and deferment of present enjoyment for future gain, the going will be much slower.” Once again, the late Singaporean sage accurately argued that: “Certain basics about human nature do not change. Man needs a certain moral sense of right and wrong.

There is such a thing called evil…You are just an evil [person], prone to do evil things, and you have to be stopped from doing them.” I will bet you, Singapore succeeded because it had leader(s) that possessed moral compass backed by efficient law enforcement or state prosecutors and not only verbose development plans! “It’s culture, stupid!”

Bernard Asubonteng is based in the United States. He teaches political science and media influences on American culture at the university level. He can be reached at: asubonteng@globalpulpit.com