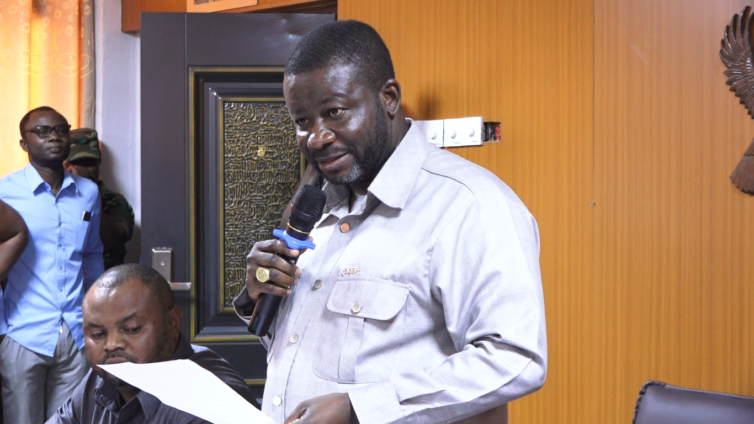 The Director General of the National Disaster Management Organisation (NADMO), Eric Nana Agyemang-Prempeh, has cautioned staff of the organisation involved in illegal validations, saying it could lead to their prosecution.

He said the government and the organization are determined to clear the government payroll of “ghost names” and would not countenance any attempt by any NADMO staff, regardless of their position, to aid others to earn salaries they do not work for.

This follows a directive from the Ministry of finance to remove names of people who are dead, traveled, or may have stopped work from the government’s payroll.

He made the remarks at the national launch of the headcount of NADMO staff in Sunyani, in the Bono Regional, Monday, August 22, 2022.

The exercise is to count all NADMO employees at the secretariat of the headquarters in Accra and the 16 regions of Ghana. So far, the headcount, according to the Director General, is completed in the Greater Accra Region and the Headquarters.

He said the exercise must be a core priority of officers who are designated to validate for the organization since the organization was not spared in the Auditor General’s report relative to the payment of unearned salaries.

Nana Agyemang-Prempeh directed all internal auditors at the regional secretariats of NADMO to be part of “the monthly validation and report generation process to achieve the organization’s objective of having a clean payroll”.

He assured that the organization’s director of human resources is enrolling all internal auditors in the electronic salary payment validation system as part of monitoring measures to ensure a clean payroll.

He, however, cautioned the regional, metropolitan, municipal, and district directors, as well as administrators, accountants, internal auditors, and all other officers, who are designated to validate NADMO payroll, to be vigilant and ensure no illegal validation is done as it would come with serious ramifications.

“If anyone is caught in an illegal validation of a staff who does not report to work or have vacated their post, such a validator would be surcharged, sacked from the organization, and prosecuted”, he stated.

The Director General of NADMO, Nana Agyemang-Prempeh, urged all staff to avail themselves to be counted or risk having their names removed from the payroll.

He also noted that steps are being taken to move some staff to other secretariats to ensure fair and equitable distribution for efficient and effective work.

On his part, the Bono Regional Director of NADMO, Rasheed Konlaabig, believes the exercise would bring sanity and an end to some illegalities where people who are not working connive with others to continue drawing salaries.

He explained that every staff member would have to be available with the appointment letter and staff identification number, Ghana card, and SSNIT number to be counted.

He, however, discounted claims that NADMO staff have little work to do and they are not visible.

Mr. Konlaabig noted that they have the needed logistics to work with and further stressed that they are involved more in educating the public on disasters and disaster management, aside from the assistance they offer when disaster strikes.

DISCLAIMER: The Views, Comments, Opinions, Contributions and Statements made by Readers and Contributors on this platform do not necessarily represent the views or policy of Multimedia Group Limited.
Tags:
Eric Nana Agyemang-Prempeh
NADMO
Validation