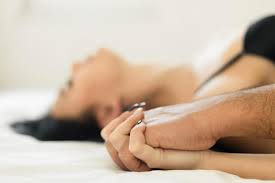 General Secretary for the Society of Obstetricians and Gynecologists of Ghana (SOGOG) has cautioned men against the use of aphrodisiacs as sexual stimulants.

Speaking on the Super Morning Show, on Friday, Dr. Promise Sefogah, warned that excessive usage of aphrodisiacs can lead to various health complications including kidney and liver diseases and in worse instances, the penis may be cut off.

He said this as part of discussions on the topic, ‘The Elusive Female Orgasm: Fake It or Make It?’ following research that revealed that most women usually fake organism during intercourse.

In spite of the numerous health benefits of orgasm (including pain relief, cancer, and heart disease prevention, fertility, immune booster, improved sleep, and anti-depressant), research has revealed that most women do not usually reach orgasm during intercourse. They only fake it.

During the interaction with the hosts of the show, Dr Sefogah dismissed assertions that the female orgasm is a myth. However, he acknowledged that it takes a lot to make a woman reach orgasm.

“The men are thinking if I can get the hardest erection that will last them longer and penetrate the hardest, thrust them hardest, then I am the hero, but that’s not it,” he stated adding that even though penetration plays a part in orgasm, it doesn’t take only penetration to satisfy a woman sexually.

Dr Sefogah explained that the more important thing to getting a woman to climax during intercourse is the psychological aspect that most men are totally oblivious of.

“Orgasm is a physiological thing and it compromises a lot of psychological, physical, and emotional things which are being stimulated by the sexual act. What it is, is that it takes a lot more for a woman to attain an orgasm as compared to a man – you need to bring on board the psychological preparedness and the psyching up, you need that in a combination of the social intelligence sensitivity which you put in a good environment so that the woman can relax and climax,” he said.

He stated that most men are oblivious of this, mostly because of “a lack of open discussion” on the sexual needs of their spouses due to their ego.

“It’s a very unfortunate problem because it goes to emphasise the observation that men have the mindset that sex is all about the erection, physical penetration and the stronger they do that, the better the orgasm, because they watch these things in the fake productions in the pornographic movies where actors are paid to do this and that’s not real,” he said.

In 2013, the Kinsey Institute carried out an extensive survey on the Quality of Sexual Experiences. They discovered that while 95% of men reported frequent orgasms from sexual intercourse, about 15-30% of women never, or rarely has orgasms.

This indicates that women are getting far less satisfaction from sex than men.

Also, a 2010 study revealed that up to 80% of women admitted to faking orgasms. In this regard, there has been a conclusion that the female orgasm is a myth.

Dr Sefogah, thus, entreated men to engage their partners on their sexual needs if they really want them to climax and stop relying on aphrodisiacs that pose a health threat to them.

“There’s a need for that open discussion which will then inform both the men and the women and empower the women a little bit more and that will be the initial getting it better. Men are not doing the psycho-emotional stimulation properly.  And Aphrodiasiacs do not help.

“They don’t because they are not the only factors that give orgasm, but then we have seen improvement in the consumption of these, obviously because they are being overly promoted and this is not helping because we have seen young men coming down with kidney problems from excessive consumption and there is a risk of the penis getting permanently erect to the extent that it can die of and if you’re not lucky the penis will be chopped of completely,” he said.