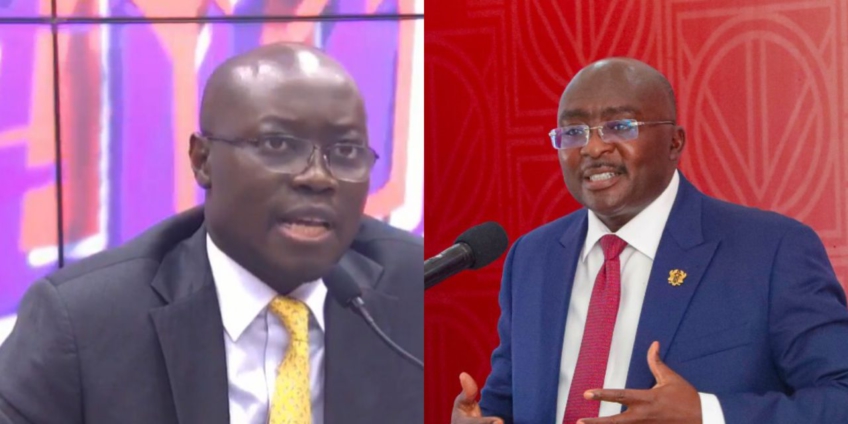 The Ranking Member of Parliament’s Finance Committee has called on the Vice President Dr Mahamudu Bawumia to apologise to Ghanaians for failing to fix the economy as he promised while in opposition.

According to Dr Cassiel Ato Forson, the policies supervised by the Head of the Economic Management Team have rather aggravated the woes of the ordinary Ghanaian.

“I urge him to appear before us as a country and apologise, he should apologise to the people of Ghana for giving us hope and for promising heaven only to deliver hell, because we have seen his acts and how he has managed the economy and everyone knows that he has failed,” he said.

Dr Bawumia ahead of the 2016 election was touted as the Economic Messiah who would save the country’s economy by stabilising the depreciating currency and taking measures that would improve the financial situation of the citizens.

Six years on, the country is experiencing similar economic challenges, even though, the ‘Economic Messiah’ is the incumbent Vice President and the Head of the Economic Management Team.

JoyNews/AdomNews · Accept responsibility for messing the economy – Minority to Bawumia

It is on the back of this that Dr Forson is asking Dr Bawumia to render an unqualified apology.

“You have failed and sadly you are running away from the responsibility that is not a mark of leadership, a leader is the one who accepts responsibility and moves on.”

Justifying why Ghana is seeking assistance from IMF, the Vice President on Thursday outlined four factors.

According to him, Dr Bawumia should own up to his mistakes and stop shifting blame.

“The situation we find ourselves today can never be attributed to international situations or policies that they inherited. This is a government that has proven to be wasteful, incompetent and useless.

“So I want to ask our Vice President to simply take responsibility, because we will not accept the way he is trying to shift blame. He has messed us up. He is responsible for the mess that we are in and he should just accept that, simple,” he told the press on Friday.

He further blamed the state of the economy on the government’s insatiable appetite for borrowing and giving out unbridled tax exemptions.