Apologize to Asantehene for deception – NDC to Akufo-Addo 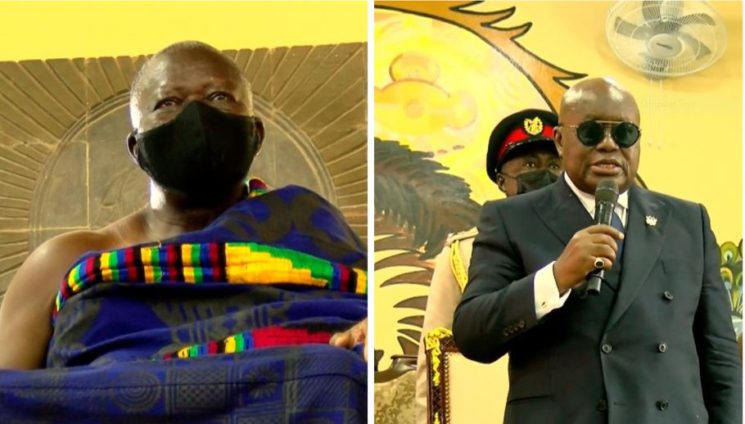 In November 2020, the President cut sod for work to start on the US$330 million Boankra Integrated Logistics Terminal project, popularly referred to as the Boankra Inland Port Project.

For more than 10 months, work has not commenced.

The project was to provide service to importers and exporters in the middle and northern parts of the country.

It was also to act as a major conduit for the efficient transportation of transit traffic to and from our neighbouring landlocked countries of Burkina Faso, Mali and Niger.

The NDC Ashanti Regional Communications Director said nothing has been done since the President cut sod, describing it as deception to the people of Ashanti Region.

“This has turned out to be one of the greatest political deceptions of the 21st century, as there is nothing to show at these sites almost one year down the line. We expect President Akufo Addo to offer an unqualified apology to the Asantehene, Otumfuo Osei Tutu in particular and the inhabitants of the Ashanti region for this great deception,” NDC Ashanti Regional Communications Director, Abass Nurudeen said.

He further stated that the region continues to reel under economic mismanagement of the current government, occasioned by steep depreciation of the cedi, unannounced increase in the prices of petroleum products, among others.

“These factors have conspired to raise the standard of living to unacceptable levels in the region and also create an unfavorable business environment leading to several Ashanti businesses, either folding up or almost on the brink of collapse,” he said.

According to him, the poultry industry in the region, has been brought to its knees due to the shortage of maize for poultry feed.

Meanwhile, President Akufo-Addo is on a four-day tour of the Ashanti Region. He is expected to end his tour on Monday, October 4.