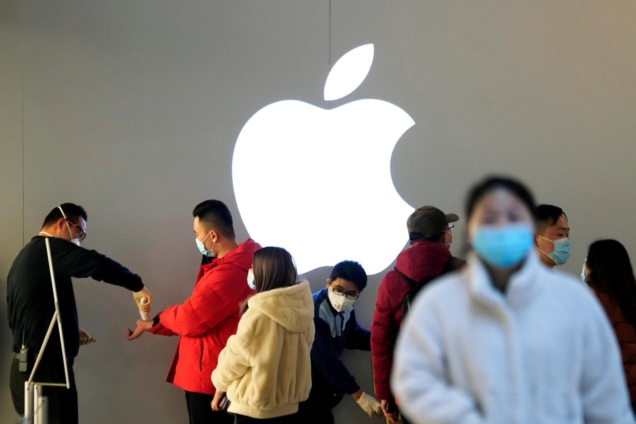 Under the new order, Apple is:

permanently restrained and enjoined from prohibiting developers from including in their apps and their metadata buttons, external links, or other calls to action that direct customers to purchasing mechanisms, in addition to In-App Purchasing and communicating with customers through points of contact obtained voluntarily from customers through account registration within the app.

In short, iOS apps must be allowed to direct users to payment options beyond those offered by Apple. The injunction is scheduled to take effect in 90 days — on December 9th — unless it is enjoined by a higher court.

In a separate judgment, the court affirmed that Epic Games was in breach of its contract with Apple when it implemented the alternative payment system in the Fortnite app. As a result, Epic must pay Apple 30 percent of all revenue collected through the system since it was implemented — a sum of more than $3.5 million.

In the full ruling, Judge Gonzalez Rogers explained her thinking on the issue in greater detail. Notably, the judge rejected both parties’ definition of the marketplace at issue in the case.

Under that market definition, “the court cannot ultimately conclude that Apple is a monopolist under either federal or state antitrust laws,” she continued. “Nonetheless, the trial did show that Apple is engaging in anti-competitive conduct under California’s competition laws.”

Reached for comment, Apple cast the ruling as a victory for the App Store model.

“Today the Court has affirmed what we’ve known all along: the App Store is not in violation of antitrust law,” a representative said. “Apple faces rigorous competition in every segment in which we do business, and we believe customers and developers choose us because our products and services are the best in the world. We remain committed to ensuring the App Store is a safe and trusted marketplace.”

On Twitter, Epic CEO Tim Sweeney expressed disappointment in the order. “Today’s ruling isn’t a win for developers or for consumers,” Sweeney said. “Epic is fighting for fair competition among in-app payment methods and app stores for a billion consumers.” Separately, an Epic Games spokesperson told NPR that the company plans to appeal.

The new restrictions include echoes of some provisional anti-steering restrictions already placed on Apple outside of the US.

On September 1st, Apple agreed to allow outside signup links for “reader” apps like Netflix and Spotify, following a regulatory investigation in Japan. More recently, a South Korean law opened the door to alternate payment systems, although the practical impacts of the law are still unclear.

Apple and Epic Games have been at odds for years over the transaction fee system in the iOS App Store, which Apple sees as a necessary operating cost but Epic sees as a monopolistic tax.

The fight came to a head in August 2020 when Epic installed an alternative payment system in Fortnite to circumvent the App Store’s transaction fees. Apple responded by removing Fortnite from the App Store, which sparked an immediate legal complaint from Epic.

The subsequent trial was a brutal tug-of-war over the App Store model and Apple’s efforts to maintain control over software on iOS. Among other things, we learned about Apple’s strange accounting methods and charm offensive to keep major players like Netflix using in-app purchases.

The ruling is likely to have significant impacts outside of Apple. Google is already facing a similar lawsuit from Epic Games over its own efforts to maintain the Google Play Store as the central source of software on Android, drawing on elaborate deals with phone manufacturers.

DISCLAIMER: The Views, Comments, Opinions, Contributions and Statements made by Readers and Contributors on this platform do not necessarily represent the views or policy of Multimedia Group Limited.
Tags:
Apple
Epic
Purchase