Are the robots coming for our jobs? 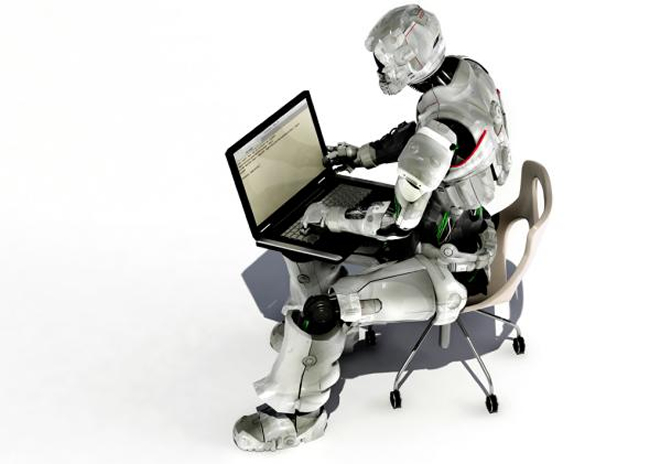 During the middle part of this year 2017, Ecobank Ghana laid off 181 contract staff with the reason that it is part of a digital migration strategy to improve banking experience for its clients, according to the Regional Head of Corporate Communications and Marketing at Ecobank, Patricia Sappor.

She said, “We have a digital strategy and that strategy is to migrate all our clients unto our digital platforms and therefore we have a lot of hands that we thought we needed to disengage.”

According to Steve Denning, surely computers are already replacing humans, doomsayers like Ford cry. We can see it every day! Machines are cheaper and better and more reliable! ATMs are replacing bank tellers! PCs are replacing secretaries! It’s obvious! Jobs are already disappearing before our very eyes! "Employment for many skilled professionals," writes Ford, "including lawyers, journalists, scientists, and pharmacists— is already being significantly eroded by advancing information technology."

At the industry level, however, researchers have found mixed results with regard to the employment effect of technological changes. A 2017 study on manufacturing and service sectors in 11 European countries suggests that positive employment effect of technological innovations only exist in the medium- and high-tech sectors.There also seems to be a negative correlation between employment and capital formation, which suggests that technological progress could potentially be labour-saving given that process innovation is often incorporated in investment.

Technological unemployment is the loss of jobs caused by technological change. Such change typically includes the introduction of labour-saving "mechanical-muscle" machines or more efficient "mechanical-mind" processes (automation). Just as horses employed as prime movers were gradually made obsolete by the automobile, humans' jobs have also been affected throughout modern history. Historical examples include artisan weavers reduced to poverty after the introduction of mechanized looms. During World War II, Alan Turing's Bombe machine compressed and decoded thousands of man-years worth of encrypted data in a matter of hours. A contemporary example of technological unemployment is the displacement of retail cashiers by self-service tills.

That technological change can cause short-term job losses is widely accepted. The view that it can lead to lasting increases in unemployment has long been controversial. Participants in the technological unemployment debates can be broadly divided into optimists and pessimists. Optimists agree that innovation may be disruptive to jobs in the short term, yet hold that various compensation effects ensure there is never a long-term negative impact on jobs, whereas pessimists contend that at least in some circumstances, new technologies can lead to a lasting decline in the total number of workers in employment. The phrase "technological unemployment" was popularized by John Maynard Keynes in the 1930s. Yet the issue of machines displacing human labour has been discussed since at least Aristotle's time.

Concerns over the negative impact of innovation diminished. The term "Luddite fallacy" was coined to describe the thinking that innovation would have lasting harmful effects on employment.

The view that technology is unlikely to lead to long-term unemployment has been repeatedly challenged by a minority of economists. In the early 1800s, these included Ricardo himself. There were dozens of economists warning about technological unemployment during brief intensifications of the debate that spiked in the 1930s and 1960s. Especially in Europe, there were further warnings in the closing two decades of the twentieth century, as commentators noted an enduring rise in unemployment suffered by many industrialized nations since the 1970s. Yet a clear majority of both professional economists and the interested general public held the optimistic view through most of the 20th century.

In the second decade of the 21st century, a number of studies have been released suggesting that technological unemployment may be increasing worldwide. Further increases are forecast for the years to come. While many economists and commentators still argue such fears are unfounded, as was widely accepted for most of the previous two centuries, concern over technological unemployment is growing once again. A report in Wired in 2017 quotes knowledgeable people such as economist Gene Sperling and management professor Andrew McAfee on the idea that handling existing and impending job loss to automation is a "significant issue". Regarding a recent claim by Treasury Secretary Steve Mnuchin that automation is not "going to have any kind of big effect on the economy for the next 50 or 100 years", says McAfee, "I don't talk to anyone in the field who believes that. "Recent technological innovations have the potential to render humans obsolete with the professional, white-collar, low-skilled, creative fields, and other menial jobs.

A common view among those discussing the effect of innovation on the labour market has been that it mainly hurts those with low skills, while often benefiting skilled workers. According to scholars such as Lawrence F. Katz, this may have been true for much of the twentieth century, yet in the 19th century, innovations in the workplace largely displaced costly skilled artisans and generally benefited the low skilled. While 21st-century innovation has been replacing some unskilled work, other low skilled occupations remain resistant to automation, while white-collar work requiring intermediate skills is increasingly being performed by autonomous computer programs.

Some recent studies, however, such as a 2015 paper by Georg Graetz and Guy Michaels, found that at least in the area they studied – the impact of industrial robots – innovation is boosting pay for highly skilled workers while having a more negative impact on those with low to medium skills. A 2015 report by Carl Benedikt Frey, Michael Osborne and Citi Research, agreed that innovation had been disruptive mostly to middle-skilled jobs, yet predicted that in the next ten years the impact of automation would fall most heavily on those with low skills.

Geoff Colvin at Forbes argued that predictions on the kind of work a computer will never be able to do have proven inaccurate. A better approach to anticipate the skills on which humans will provide value would be to find out activities where we will insist that humans remain accountable for important decisions, such as with judges, CEOs, bus drivers and government leaders, or where human nature can only be satisfied by deep interpersonal connections, even if those tasks could be automated.

In contrast, others see even skilled human labourers being obsolete. Oxford academics Carl Benedikt Frey and Michael A Osborne have predicted computerization could make nearly half of jobs redundant within 10 to 20 years, of the 702 professions assessed, they found a strong correlation between education and income with the ability to be automated, with office jobs and service work being some of the more at risk. In 2012 co-founder of Sun Microsystems Vinod Khosla predicted that 80% of medical doctors jobs would be lost in the next two decades to automated machine learning medical diagnostic software.

1. By new machines – The labour needed to build the new equipment that applied innovation requires.)

2. By new investments – Enabled by the cost savings and therefore increased profits from the new technology.)

3. By changes in wages – In cases where unemployment does occur, this can cause a lowering of wages, thus allowing more workers to be re-employed at the now lower cost. On the other hand, sometimes workers will enjoy wage increases as their profitability rises. This leads to increased income and therefore increased spending, which in turn encourages job creation.)

How do we make ourselves unemployable in this age of Artificial Intelligence?

Here is how we can smooth the transition to the age of Artificial Intelligence according to Ben Dickson and advises the following key points below:

Teaching and learning have been the centrepiece of the human society’s evolution. Education in this day and age has to reflect the upheavals overcoming the socio-economic landscape.

This means we need more focus on computer science in schools and academic institutions. This will help prepare future generations to fill tech vacancies.

Governments and the private sector must also play a more active role in helping the workforce acquire tech skills. This includes people currently who are filling job roles that will likely become subject to automation in coming years.

Tech firms must also take the steps to help secure the future of their current employees. A good example is Amazon’s Career Choice program, an effort that encourages employees to learn skills for future employment.

Learning a new profession is not an easy feat. But Artificial Intelligence developments in education are helping shorten the time required to learn new skills. From providing personalized assistance to finding successful teaching patterns, AI innovations are revolutionizing the learning process.

An effective approach to education will help put more people in jobs and support the digitized economies of the future.

One of the main hurdles for entrance into tech jobs is the sophisticated level of skills, experiment and know-how required. The same goes for other fields where talent and expertise are in high demand, such as medicine.

For instance, the cybersecurity industry is currently struggling with a shortage of one million skilled workers. Meanwhile, the amount of time and effort required to train a security analyst is overwhelming.

Fortunately, AI-powered security tools can downsize the effort required by security experts in maintaining the integrity of IT systems. By learning to analyze and flag network events or process behaviour, tools such as MIT’s AI2 and IBM’s Watson for Security enable security analysts to become more productive and efficient in fighting cyber-attacks.

Tech is not the only domain that can benefit from AI in creating jobs. Other industries are already making use of this growing trend to find and train talent.

Thanks to machine learning and big data, physicians are becoming more efficient in diagnosis and treatment of diseases. These tools will help less-skilled professionals perform tasks that usually require extensive experience. This can help fill vacant posts at a faster rate and put professionals at work where their expertise is required.

Getting ready for a robot-only future

Contrary to popular belief, most AI systems currently act as a complement to humans instead of replacing them. According to expert estimates, we are still years away from general artificial intelligence and full automation. But eventually, there will come a day where robots will perform most tasks and the role of humans in the production cycle will be marginal.

It’s very hard to envision the dynamics of a robot-driven economy. But how will humans sustain their lives when robots take all our jobs?

Governments should impose an income tax on robots that replace humans, Bill Gates said in an interview with Quartz. The Microsoft founder proposed that the robot tax could finance jobs to which humans are particularly well suited. This can include taking care of elderly people or working with kids in schools, for which needs are unmet.

We have yet to see how the accelerating evolution of AI will unfold, but what’s for sure is that fundamental changes lie ahead. While we can’t predict the future, we can prepare for its potential outcome as best as we can, the power is yours.