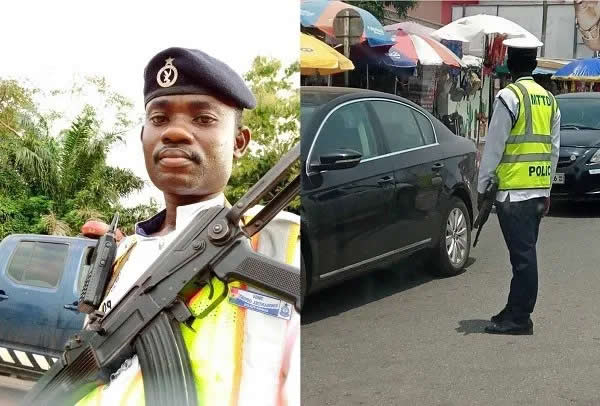 Interior Minister, Ambrose Dery has defended the decision to arm officers of the Motor Traffic and Transport Department (MTTD) of the Police Service.

He said contrary to fears that arming the officers pose a threat to public safety, the officers with their weapons can now help control crime.

“Giving the officers arms will enable the MTTD to assist in fighting violent crime. Let me remind you they are all police trained in how to handle arms but only been assigned to take care of traffic.

“Individual citizens apply, civilians apply and after having proper checks are granted permission to buy arms to protect themselves. People who are not trained, if that is not a threat how can arming police be a threat,” he wondered.

Mr. Dery’s ordered officers of the MTTD to be armed following the gruesome killing of two police officers last week.

The two – Sergeant Michael Djamesi and Lance Corporal Mohammed Awal – were shot and killed in the line of duty at Budumburam in the Central region, last week.

Their death brings to five the number of personnel who have perished whilst on duty in the just one month.

This prompted government to commence processes to arm personnel, including MTTD officers. Already, some bulletproof vests, with cameras have been distributed to the police enhance personnel security.

Police in the Ashanti Region has received four hundred of them, expecting more soon.

Mr. Derry warns a refusal to wear them will come with sanctions.

“When you go out to the UN missions you wear them so here you should wear…so when we start sanctioning you have to understand.”

In a related development, the Ashanti Region Police Command says it has recorded drop in crime rate so far this year, compared to 2018.

Though statistics are not readily available, armed robbery is said to remain a major concern. Incidents of kidnapping have become a new trend of crime, with seven cases recorded in recent times.

The seizure of two Canadians and an Indian national are fresh on the minds of residents.

Regional Commander, COP Akwasi Mensah Duku said interventions have been made to deal with the new trends.

“We have the visibility and accessibility patrols, we also intensify our barriers, we also strengthen our snap checkpoints, and armed motorbike patrols”, he emphasized.

Mr.  Dery also visited the Fire and Prisons Service in the Region where he interacted with personnel on the challenges militating against their work.