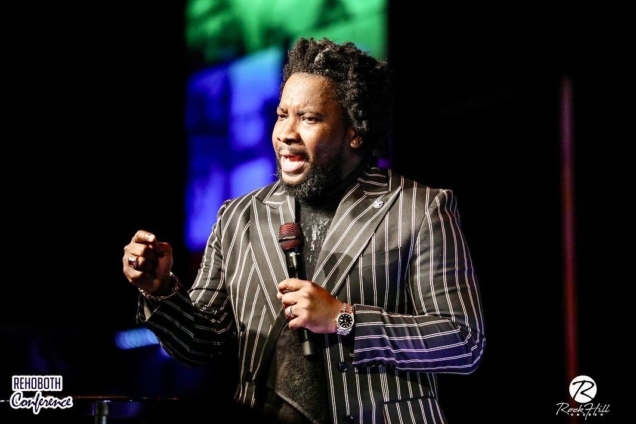 Gospel musician Sonnie Badu has called on the police not to arrest only the man who was seen flogging a toddler in a viral video but also the two other persons present.

In a post on Instagram, the singer said that the video was heartbreaking he could not watch the whole clip without breaking down in tears.

He stated that the two other men who looked on while the child was being flogged are accomplices.

“I can’t play the full video as I’m already full of tears. @ghpoliceservice please arrest all three men! The one abusing the child, the one videoing it and the one sitting down,” Sonnie Badu wrote.

About two days ago, a video of a man flogging a boy believed to be less than two years old began to circulate on social media.

Although it is unknown what may have caused the man to engage in such a despicable and ruthless act, the toddler could be seen and heard crying helplessly in the video.

Many people who chanced upon the video shared and drew the attention of the Police to the abuse.

Subsequently, the Police responded to the video and said “efforts are underway to track down the individual involved, have him arrested and rescue the child.”

The police have also announced a reward of GH₵2,000.00 for anyone who is able to provide credible information that could lead to the arrest of the male adult involved in the act.

Meanwhile, Child Rights International has condemned the flogging of a toddler in a video that has gone viral on social media.

In a press statement signed by Bright Appiah, its Executive Director, the institution said the act is unfortunate. It has thus placed a ¢10,000 bounty on the head of the man.

DISCLAIMER: The Views, Comments, Opinions, Contributions and Statements made by Readers and Contributors on this platform do not necessarily represent the views or policy of Multimedia Group Limited.
Tags:
Childs Right International
Flogging
Police
Sonnie Badu
Toddler