Arsenal's Premier League title hopes were left in tatters by an eight-minute hat trick from Andy Carroll in a thrilling 3-3 draw at West Ham.

Laurent Koscielny's equaliser rescued a point for the Gunners after they had blown a two-goal lead during an extraordinary spell either side of half-time.

But Arsene Wenger's side, who realistically needed to win every remaining game to stand a chance of catching leaders Leicester, could find themselves 13 points adrift with just 18 to play for by Sunday evening.

They were 2-0 up and seemingly cruising to a third straight victory thanks to goals from Mesut Ozil and Alexis Sanchez. But Carroll, making a rare start in what has been another injury-hit season for the Hammers, turned the game upside down with his first treble since August 2010 for Newcastle, staking a late claim for a place in Roy Hodgson's England squad for Euro 2016. 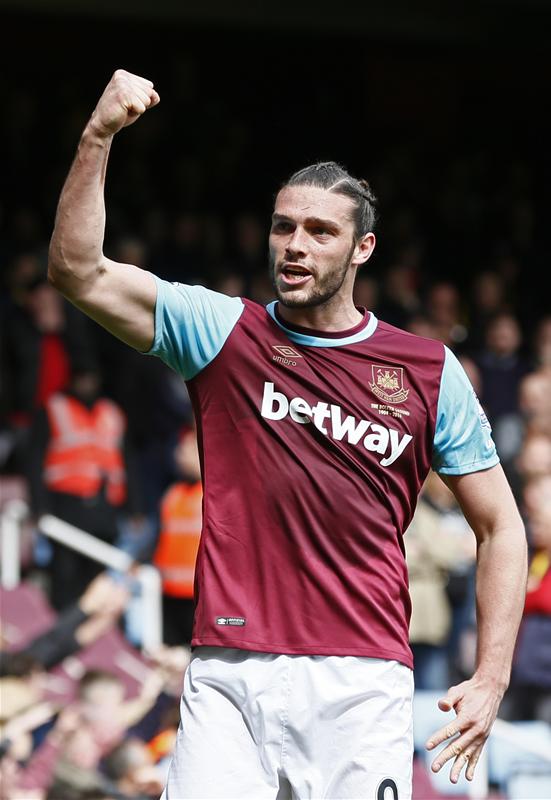 Aston Villa's relegation to the Championship was all but confirmed after they lost 2-1 to Bournemouth at Villa Park.

Ciaran Clark was at fault for the second goal, Josh King taking advantage to net in the 74th minute. Jordan Ayew pulled a goal back in the 85th minute but there was to be no way back.

The win moves Bournemouth past the 40-point barrier, while Aston Villa are now 15 points adrift of safety with only five games to play.

Newcastle may not be far behind Villa after they lost 3-1 to Southampton, and now sit six points adrift of safety with six games to play.

The Magpies fell behind after only four minutes, Shane Long getting past Steven Taylor before scoring past Karl Darlow. Southampton continued to dominate and it was 2-0 seven minutes before half-time as Graziano Pelle capitalised on poor defending to double the advantage.

Victor Wanyama bagged the third ten minutes after the interval, and although Andros Townsend pulled a goal back it was no more than a consolation.

Rafa Benitez, who has not won a match since replacing Steve McClaren four games ago, will now have to produce the great escape to prevent a second relegation for the Magpies under the ownership of Mike Ashley. 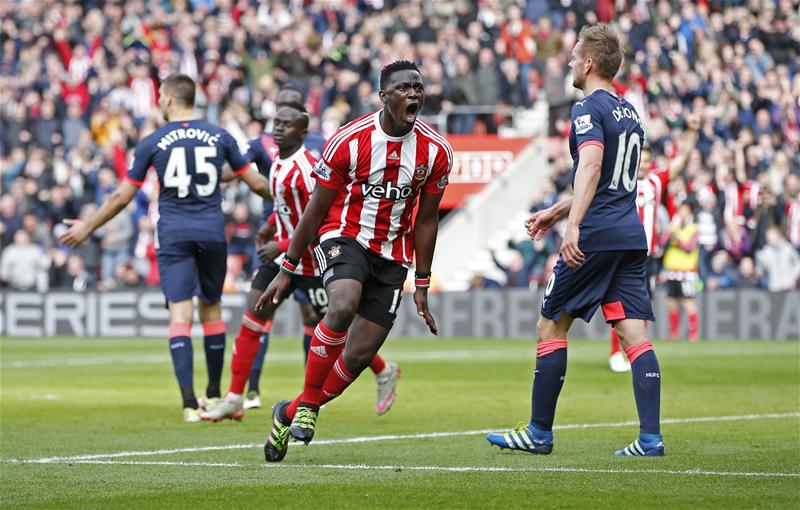 Crystal Palace all but assured their place in the Premier League for another season with a 1-0 win at home to Norwich City — their first in the league since Dec. 19.

Jason Puncheon scored the only goal of the game in the 68th minute, collecting a pass from Joel Ward before curling a shot past John Ruddy.

The victory moves Palace 10 points clear of Sunderland in the final relegation place, and while the Black Cats have a game in hand it seems unlikely that Alan Pardew's men will now be dragged into trouble.

Norwich still have a four point cushion over Sunderland, who have two games in hand and entertain leaders Leicester City on Sunday. 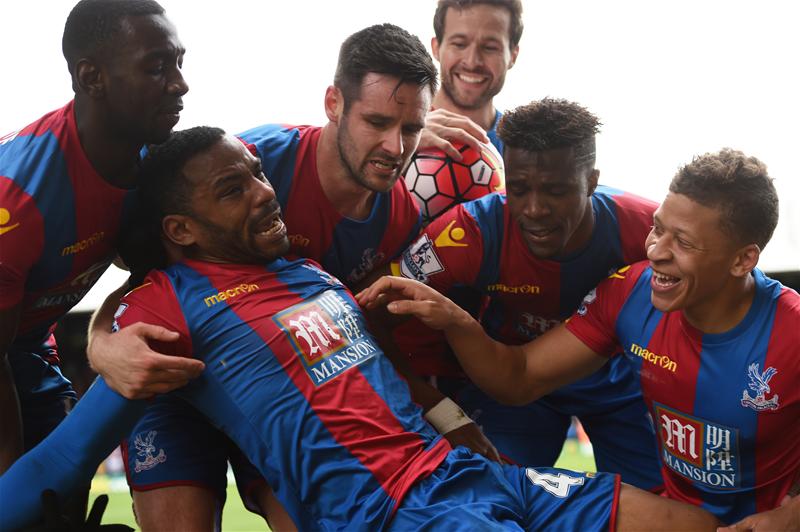 Manchester City came from behind to beat West Bromwich Albion 2-1 thanks to goals from Sergio Aguero and Samir Nasri.

However, it didn't take long for Manchester City to hit back as they were awarded a penalty after the Baggies' goal scorer fouled Aleksandar Kolarov inside the area. Sergio Aguero calmly converted the spotkick by dispatching it in the bottom right corner meaning the two sides were locked at 1-1 at the break.

After the interval, Samir Nasri found the net in the 65th minute after being assisted by Aguero from six yards out to put City ahead for the first time in the game.

Pellegrini's side held out for the rest of the game with the extra three points ensuring fourth spot is theirs for at least another week.

Chelsea suffered their first defeat under Guus Hiddink as Swansea ran out 1-0 winners at the Liberty Stadium.

Jefferson Montero delivered a cross which Matt Miazga failed to deal with effectively, and Gylfi Sigurdsson made no mistake in converting the loose ball in the 25th minute.

The defeat puts a dent in Chelsea's slim hopes of forcing their way into next season's Europa League. 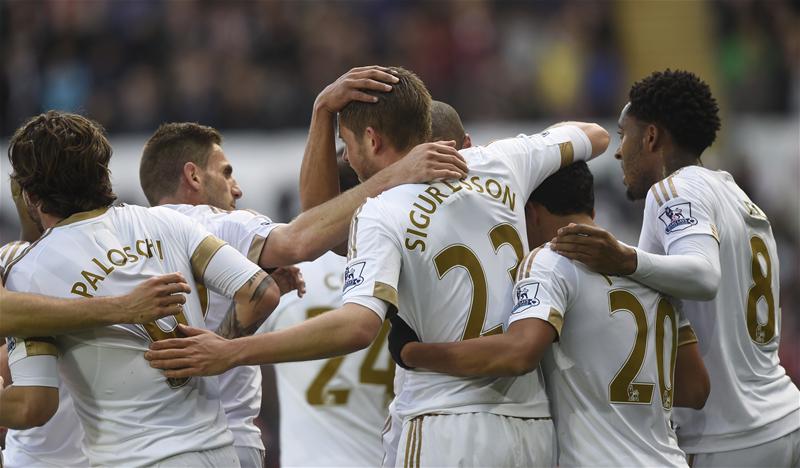 FA Cup semifinalists Watford and Everton played out a 1-1 draw at Vicarage Road – both goals coming within second of each other at the end of the first half.

Miguel Britos lost possession with a terrible piece of control, and that allowed James McCarthy to score the opener in the first minute of added time.

But moments later the Hornets were level as Ben Watson's corner was converted by Jose Holebas.

Everton now sit 14th on 39 points, a point and a place above their hosts. 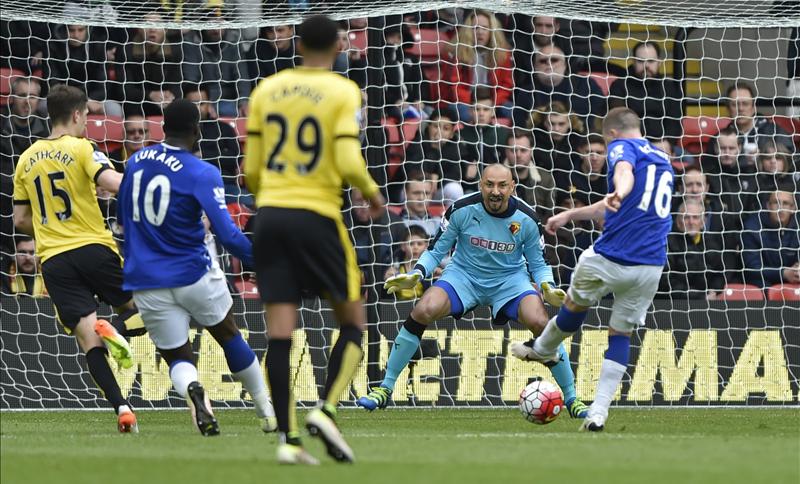