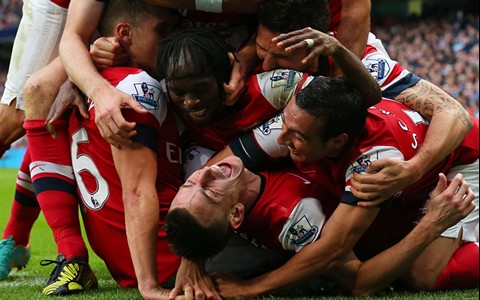 Arsenal extended their lead at the top of the Premier League to two points as goals from Serge Gnabry and Aaron Ramsey saw them to victory at Swansea.

Teenager Gnabry slotted the opener after half-time and in-form Ramsey fired in to double the advantage.

Ben Davies volleyed home to give Swansea hope but Arsenal held on.

The result extends their club record of consecutive away wins to 12, while Swansea have now gone eight home games without a league win.