Arteta: I know how hard management is now 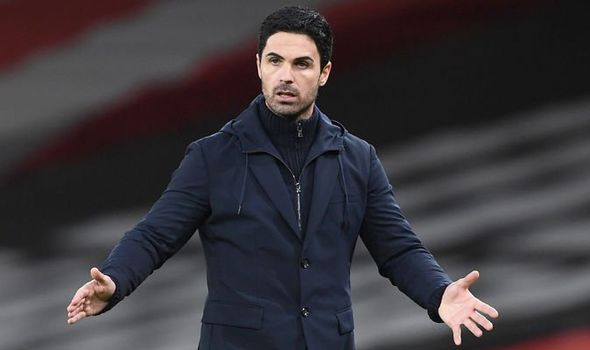 Arsenal manager Mikel Arteta says he now realises how tough being on the touch line can be as he approaches a year in charge at the Emirates Stadium.

The Spaniard was appointed as Unai Emery’s successor on December 20 last year, having narrowly missed out on the job to his countryman in the summer of 2018, when Arsene Wenger’s reign ended.

His side travel to face another club he represented as a player, Everton, on Saturday, hoping to put a barren run of one win in nine Premier League games behind them.

“I know, and I realise, how difficult the job is in normal conditions when you get to a club that goes through what we have had to go through in a year, and on top of that we have a pandemic that is affecting the whole industry,” he said at his pre-match press conference.

“The way that you can even live your profession and then do what you want to do normally is even more challenging. But this is what we have.

“At the same time, I am telling you I love what I do, I feel so lucky and privileged to represent this football club and the circumstances and context that is in this moment are where they are, and we have to face them because there is no other choice.

“I think it has been one of the most challenging years in the club’s history for many, many different reasons. I think we have made a lot of progress and implanted a lot of positive things that have worked really well. We have gone through structural changes right across the club that has obviously shaken the club, big time.

“I would say the highlights of the year is the two trophies that we have won together, and the most disappointing thing is that we haven’t had our fans with us to take us through this difficult moment.

“I think it could have been a really, really positive year but the recent form in the Premier League is taking the gloss off what we have done in the calendar year. But we have to accept that our Premier League form in recent weeks is not good enough for this football club.”

Arsenal have had three players sent off in five Premier League matches, taking the total to seven in the year since Arteta took over and he admits his side cannot afford to keep losing a man.

“I said the other day, I think we have had seven red cards since I joined and two are disciplinary and the rest have been for different actions.

“The last one, with Gabriel, he is 22 years old and he is settling in the Premier League – don’t forget that – and they were two very different actions but in this moment we cannot afford it, because the Premier League level is too high and the margins for us at the moment are too small to win or lose football matches.”

DISCLAIMER: The Views, Comments, Opinions, Contributions and Statements made by Readers and Contributors on this platform do not necessarily represent the views or policy of Multimedia Group Limited.
Tags:
Arsenal
Mikel Arteta
Premier League