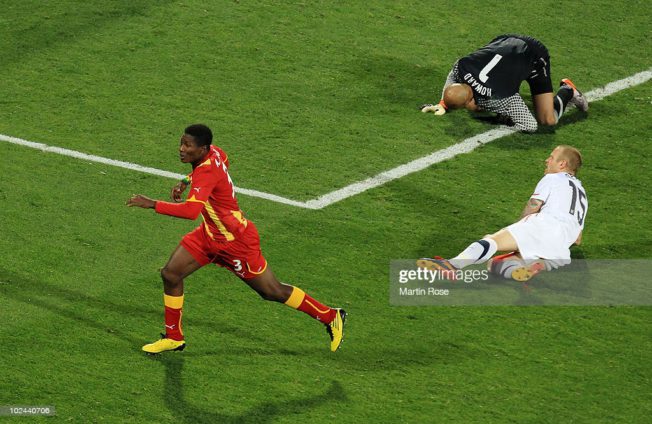 The forward was arguably one of the best performers in the world after his performances for both his country and club during the year in question. Gyan was named the BBC African Footballer of the Year in 2010 while also making CAF’s Team of the Year.

Gyan was key to Ghana playing in the quarterfinal of the 2010 World Cup where they were eventually kicked out by Uruguay on penalties.

Quizzed on the best year of his career, the former Sunderland man told DStv, “2010 was my best year. It started in January from Angola in the Africa Cup.”

With the World being held in Africa for the first time in that year, Gyan, who scored three goals in South Africa, believes it is the best global showpiece he has seen.

“It’s the most organised World Cup. Everything was fun because it was in Africa for the first time. People wanted to see what Africans can do, people had to fly all over the world to come to Africa. It brought people together. The organisation was excellent and you could see the real culture.

“Everything was amazing. For me, it was the greatest World Cup I’ve ever seen.”

Gyan has been out of action for close to two years after leaving Ghana Premier League side Legon Cities at the end of the 2020/21 season.

DISCLAIMER: The Views, Comments, Opinions, Contributions and Statements made by Readers and Contributors on this platform do not necessarily represent the views or policy of Multimedia Group Limited.
Tags:
2010 World Cup
Asamaoh Gyan
Lawrence Baidoo