Asante Kotoko in talks with Fabio Gama over contract extension 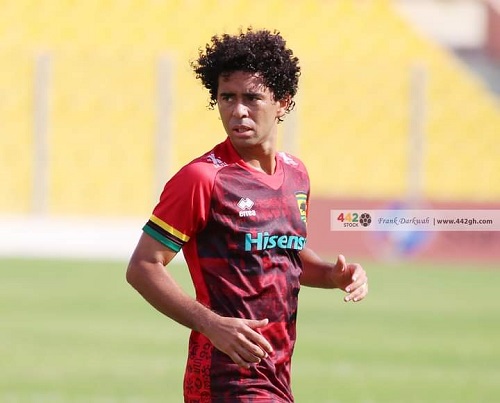 The Brazilian signed for the Porcupine Warriors back in October 2020, penning a two-year deal at the Baba Yara Stadium.

After an impressive first season with the club which saw him score four goals in 28 Ghana Premier League games, the attacking midfielder managed 20 appearances in the 2021/22 campaign.

He struggled with injuries in the early part of the season limiting his game time under Prosper Ogum Narteh.

With Gama’s contract set to expire in October, reports have emerged the Brazilian could be leaving the Kumasi-based club for good.

However, Joy Sports understands Kotoko have begun talks with the player over the possibility of signing a new deal.

Negotiations with the midfielder are in place and the club are expected to make an official announcement should an agreement be reached in the coming weeks.

The Porcupine Warriors have also denied reports linking them to Brazil’s Bruno Leite.