The summer of 2019 won’t be one that brings back the best memories for ASAP Rocky.

The rapper spent most of July behind bars in Sweden after a violent incident on the streets of Stockholm between him, his entourage and two unknown men.

It was eventful – from rumours he was being held in terrible conditions, to accusations of “systemic racism” and even a minor political scuffle on Twitter between the President of the United States and Swedish politicians.

ASAP was arrested at the start of July and today, 14 August, the court will give its judgement.

Here’s a complete timeline of what happened inbetween.

The previous day, ASAP had posted videos on Instagram showing two men following him and his entourage around Stockholm. In one of the videos, which are still online, ASAP says he doesn’t want any trouble with the pair.

5-7 July: Pulls out of UK festivals

After his arrest, ASAP is detained for two weeks by Swedish police, throwing his tour plans into chaos.

ASAP was due to perform at Longitude Festival in Dublin and Wireless Festival in London a few days after his arrest.

J-Hus and Rae Sremmurd are drafted in as replacements at Wireless, Poland’s Open’er Festival gets Stormzy, and Ski Mask The Slump God fills in at Longitude.

US gossip website TMZ describes Kronoberg remand prison, where ASAP is being held, as “shockingly inhumane,” according to reports from unnamed sources.

But the governor of the prison denies these claims – saying after a recent refurbishment it’s in “good condition”, and that all inmates have access to a bed and TV. 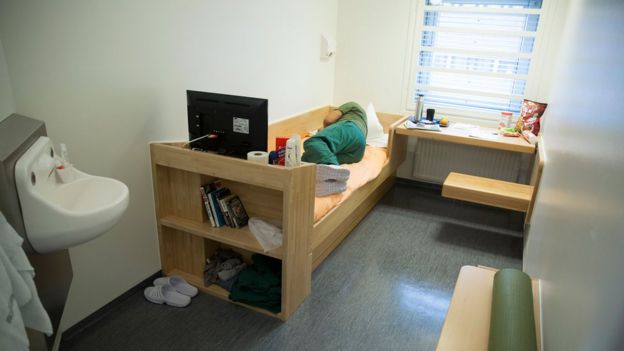 Kronoberg authorities say this is representative of its prison cells

However, ASAP Mob member ASAP Ferg says that Rocky is being held in solitary confinement.

While it is ASAP and his entourage who are locked up over the incident, one of the two men they allegedly fought with also finds himself under scrutiny by the police.

He is investigated by Swedish authorities for abuse, assault and attempted assault.

ASAP isn’t the only rapper to have found himself in trouble with the Swedish authorities.

G-Eazy, real name Gerald Earl Gillum, was arrested in Sweden in 2018 for assault, possession of drugs and use of narcotics.

After pleading guilty G-Eazy was sentenced to probation, given a $10k fine, and released after a day-and-a-half.

Facts. This is the sad truth…The difference between me and Rocky”™s treatment and process in Sweden brings to mind two concepts that disgustingly go hand in hand: white privilege and systemic racism. Let’s call it what it is. He should not be behind bars right now. My heart goes out to my brother @asaprocky and his team. We’re riding for yall. #JusticeForRocky #FreeRocky

G-Eazy says the reason he was released so much more quickly than ASAP was “white privilege”.

After two weeks behind bars – and as Swedish authorities decide to hold ASAP Rocky for an extra week – Donald Trump says that he is trying to secure the rapper’s release.

He tweets to say he is in communication with the Prime Minister of Sweden, prompted by a conversation with Kanye West.

Just spoke to @KanyeWest about his friend A$AP Rocky”™s incarceration. I will be calling the very talented Prime Minister of Sweden to see what we can do about helping A$AP Rocky. So many people would like to see this quickly resolved!

But Mr Trump later reacts angrily when he is unable to secure ASAP’s immediate release.

Give A$AP Rocky his FREEDOM. We do so much for Sweden but it doesn”™t seem to work the other way around. Sweden should focus on its real crime problem! #FreeRocky

Former Swedish Prime Minster Carl Bildt explains that ASAP will receive the same treatment as any other prisoner and Mr Trump’s interference won’t have any effect.

The rule of the law applies to everyone equally and is exercised by an independent judiciary. That”™s the way it is in the US, and that”™s certainly the way it is in Sweden. Political interference in the process is distinctly off limits! Clear? https://t.co/8iTc9Y0df3

The alleged victim being investigated at the same time as ASAP Rocky has his case closed.

Swedish newspaper Expressen speaks to ASAP’s mum, Renee Black, in New York in late July, and she talks about her concerns for her son.

“He was just telling me that he isn’t really eating properly. He can’t wait to get back into the gym,” she tells the newspaper.

“Everything is on video. They tried to avoid it but they kept being followed as well as harassed. Come on, just ball it up and trash it because that’s what it is, trash.”

Three weeks after he is first arrested, Swedish police decide there is enough evidence to charge ASAP with assault causing actual bodily harm.

The two men arrested with him are also charged with assault.

The Swedish prosecutor tells Radio 1 Newsbeat that the videos seen on ASAP Rocky’s Instagram are only part of the evidence in the case.

“My evidence consists partly of a number of films that I will play in court. Some are known to the public and some are not,” Daniel Suneson says, referencing CCTV footage. 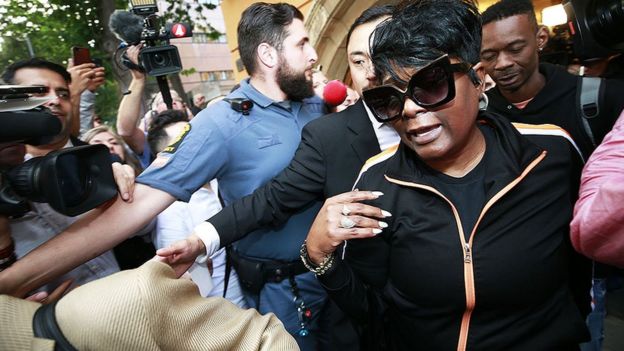 Mr Suneson also says the reason ASAP has been held for such a long time is because of worries that the three suspects will “leave the country if they were released”.

There are initially two alleged victims in the case, but the allegations concerning one are dropped “due to insufficient supporting evidence”.

ASAP’s trial, which is expected to last three days, begins – but is delayed starting due to the massive media and fan interest in the case.

He and the two men arrested with him plead not guilty.

The media hears some of the evidence against ASAP for the first time, with the prosecution alleging that something like a bottle was used in the assault.

The following day, it’s ASAP’s chance to give evidence.

He tells Stockholm District Court: “There’s a million things that we could have did, but we decided to walk away.”

He also says he wants his name cleared and felt threatened by the people who clashed with his entourage in July.

“It got a little scary for us. I couldn’t help but assume that these guys were under the influence of some type of drugs,” he says. 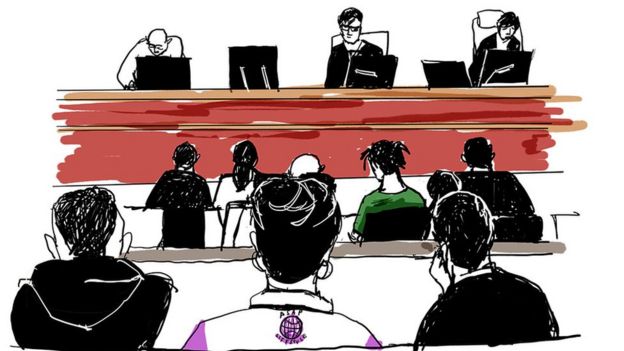 During the trial, the court is shown footage of ASAP holding a glass bottle, but says he was only holding it briefly during the confrontation.

He insists he didn’t use it to hurt the alleged victim.

Despite earlier concerns that ASAP might flee the country, he is freed to go home on 2 August.

He describes his experience behind bars in Sweden as “difficult and humbling”.

THANK YOU FROM THE BOTTOM OF MY HEART TO ALL OF MY FANS, FRIENDS AND ANYONE ACROSS THE GLOBE WHO SUPPORTED ME DURING THESE LAST FEW WEEKS I CANT BEGIN TO DESCRIBE HOW GRATEFUL I AM FOR ALL OF YOU THIS HAS BEEN A VERY DIFFICULT AND HUMBLING EXPERIENCE I WANT TO THANK THE COURT FOR ALLOWING ME BLADI AND THOTO TO RETURN TO OUR FAMILY AND FRIENDS THANKS AGAIN FOR ALL OF THE LOVE AND SUPPORT

Today, Wednesday, he’ll find out whether he will face more jail time – the prosecution have called for ASAP to be jailed for six months. 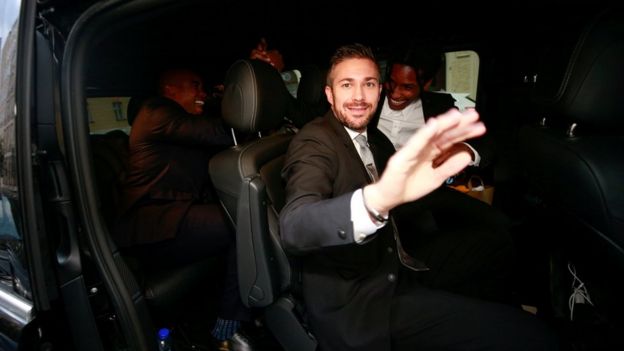 Being allowed to go home may point to an acquittal, or a sentence of less than the time already served, Reuters reports.

Since returning home, ASAP gets back to the day job and performs his first show in over a month at the Real Street Festival in Anaheim, California.