ASEPA calls for the removal of GJA President, Affail Monney 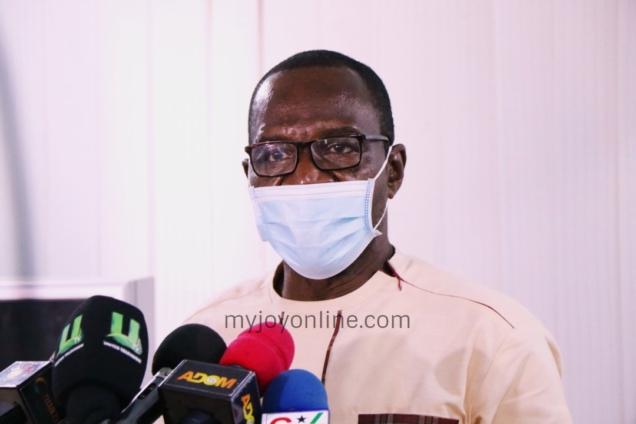 Pressure group, Alliance for Social Equity and Public Accountability (ASEPA) has called for the removal of Roland Affail Monney as President of the Ghana Journalists’ Association (GJA).

This is because of what the group describes as the “reckless display of cowardice and individualism” as well as the failure of Affail Monney to uphold and protect the interests of all journalists in the country. The call follows the brutish arrest and maltreatment of Citi FM’s Caleb Kudah.

Speaking on Joy FM Wednesday, Roland Affail Monney indicated that Kudah had obtained information through a means which flies in the face of Article 13 of the GJA Code of Ethics.

Although reports say Caleb Kudah was acting in the public interest, the GJA President opined that his efforts were unclear.

“Caleb erred as far as our ethics is concerned. He clearly breached the ethics relative to Article 13 of our own Code of Ethics which specifies that journalists should take pictures through fair, straightforward and honest means unless tampered by national interest.

“His interest here is not so clear. From the face of it, we believe he erred,” The GJA President said.

In reaction to the purported “betrayal” by Affail Monney, ASEPA in a press statement said, “Mr. Monney has since not been able to justify his claim of the violation of their Code of Ethics or any criminal code of the State which the Journalist had violated which warranted the actions of the operatives.

“Secondly, whatever Code of Ethics Mr. Monney was referring to is also subservient to the Constitution of the Land, our Criminal Statutes and any other enactment of Parliament and for which reason its violation should not attract this level of response from the so-called National Security or any other security agency.”

According to them, the comments of Affail Monney only go to encourage the further abuse of journalists in their line of duty to the citizenry by security agencies.

This, the group said, dents the reputation of the GJA as a body interested in the protection and promotion of the rights of journalists in the country.

“What Mr. Monney has done is to encourage the brutal assault of Journalists (which has become the current norm) if the Security Agencies are convinced that the Journalist breached any law.

“So once they are convinced that a journalist violated any law, they are free to exact any form of violence and abuse on the person, that cannot be good for the optics coming from the GJA President.”

They added that, “We believe this is a betrayal of the GJA and its President not only to Mr. Caleb Kudah and Ms. Zoe but to the entire Journalist fraternity in the Country and must be treated with all seriousness.”

They opined that the only way the Association can redeem its image from such damaging comments was to remove Affail Monney as President of the GJA.

“We are therefore calling for the immediate removal of Mr. Affail Monney as GJA President, this is the only way the GJA can distance itself from the comments of Mr. Monney and show solidarity to their compatriots.

“We would graciously be on standby to launch a serious campaign against Mr. Monney if he fails to resign or if the GJA fails to remove him as President,” the group said in the press statement.