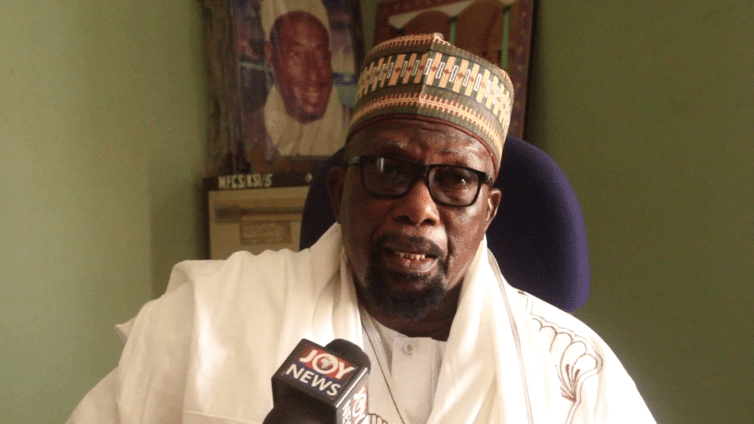 Ashanti Regional Chief Imam has urged a 9-member peace and reconciliation committee to continue to resolve disputes, including chieftaincy within Zongo Communities in Greater Kumasi.

Though the committee has achieved some successes in the last three months, Sheikh Abdul Mumin Haroun says its effective work is needed to settle misunderstandings among groups.

He says with the continued guidance of the Asantehene concerns that always trigger misunderstanding will soon be addressed.

The purpose of the committee, which officially began its work in August 2021, aims to bring major contributory factors into play for possible redress and come out with ideas for problem-solving.

Asantehene Otumfour Osei Tutu the second tasked the regional chief Imam to find lasting solutions to longstanding disputes and other related issues within the Zongo communities.

The committee will not present its report to Asantehene until work is completed.

Sheikh Haroun says the committee would ensure that there is no room for those who agitate after reconciliation.

President of the Ashanti Regional Zongo Chiefs Alhaji Musah Akanbonga expresses enthusiasm about the work of the committee and the cooperation of the groups involved in solving Zongo issues.

Alhaji Akanbonga praises the leadership of the Dagomba community for their cooperation in solving leadership misunderstandings.

Chairman of the committee, Ridwan Mohammad Kudibawasaba also says the group’s effective efforts to solve their challenge encourage them to do more.

The Chairman of the Dagomba Youth in the Ashanti region, Abubakari Aminu Champang, admonishes the youth to eschew violence to maintain peace and secure their productive future.

He commends the Overlord of Dagbon, Yaa-Na Mahama Abukari II for his intervention and the delegation he sent to mediate.

“We are thanking the committee for what they also did throughout the mediation and urge them to do more.” He said.

DISCLAIMER: The Views, Comments, Opinions, Contributions and Statements made by Readers and Contributors on this platform do not necessarily represent the views or policy of Multimedia Group Limited.
Tags:
Ashanti Region
Chief Imam
Zongo communities