Asia-Africa trade: How Ghana can take advantage of it 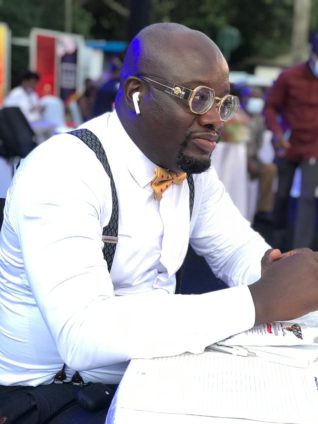 Asia’s trade with Africa is growing at a faster rate than other blocks, despite Africa having strong ties with its colonial masters, Europe.

Africa’s most important suppliers of manufactured goods are Europe (35%) and (30%) Asia. Currently trade with Asia is gradually matching that of Europe.

In Asia, trade is mainly dominated by India and China. China’s Ministry of Commerce indicates that trade between China and Africa increased by 40.5% year-on-year in the first seven months of 2021, and was valued at a record high of $139.1 billion.

However, Chinese investments on the continent has remained small over the years, estimated at only $3.1 billion in 2017 – just 2.5% of China’s overall Foreign Direct Investments. Only about 10,000 Chinese companies as of 2008 operate in Africa.

Singapore, one of the richest Asian countries in the world known for excellence in port activities also does not have a strong footprints in Africa. So far, 60 Singapore businesses have been identified on the continent.

How Africa can prepare for the change

While Asia gradually weaves its way into the continent of Africa, the continent needs to be ready for trade. International trade experts’ advice that Africa should increase ties with local and regional development financial institutions such as Afreximbank, the African Finance Corporation and the African Development Bank to build its trade relationship with Asia countries.

They have been urged to leverage these organisations’ tremendous international experience to improve negotiations and financing terms with foreign firms.

He also said the private-sector alliances led by regional chambers of commerce are also great tools for this purpose.

The most recent Africa-South-East Asia Chamber of Commerce’s Annual General Meeting gathered 15 private members from both regions in Singapore – including NSIA, Afreximbank, Opaia, African Logistics Holdings and Aenergy from African, and PIL, Olam, Wilmar and CrimsonLogic, from Asian.  These events are a bridge between Africa and Asia, encouraging private-sector partnership and collaboration.

“We at the Asia Africa Chamber on the 10th of December will host the biggest gathering of Asian business leaders in Africa, at the Marriott Hotel Accra to network and open the continent up for trade” Mr. Boampong said.

The Asian African Chamber of Commerce and Industry act as a trade and business promoting chamber, supporting SMEs and industries by means of representing them as bilateral chamber for the Asian and African region and help them build better economic growth and sustainable business.

DISCLAIMER: The Views, Comments, Opinions, Contributions and Statements made by Readers and Contributors on this platform do not necessarily represent the views or policy of Multimedia Group Limited.
Tags:
Asian African Chamber of Commerce Ghana
United Nations Conference on Trade and Development