Assin North and Central record one Covid-19 case each 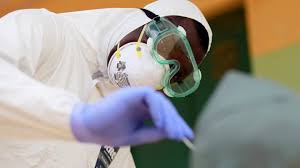 The Assin Central Municipality and the Assin North District of the Central Region have recorded one Covid-19 positive case each, being the first in these two areas.

Mr Baako said one the patients who is in his early 30s is a taxi driver in the Assin-Fosu Township.

He said the patient has been quarantined and contact tracing had begun to curtail the spread of the pandemic.

The Assin North, case involved a female patient whose specimen came out positive after it was sent to the Kumasi Centre for Collaborative Research (KCCR), one of the major testing centres for Covid-19 in the country.

He said the 33-year-old businesswoman based in Obuasi, came to a community in the district some weeks ago and went to a health facility for screening for the coronavirus disease and subsequently tested positive.

He said the COVID-19 District Respond team quickly put her in isolation.

“That patient is currently being quarantined at the health facility and will soon be transferred to Cape Coast, the Regional capital for further medical attention,” he said.

The DCE said nurses who came into contact with her were being prepared for some “clinical procedures” and that contact tracing had begun.

He urged the public to remain calm as the professionals managed to contain the spread of the virus and asked for strict adherence to all the safety protocols.