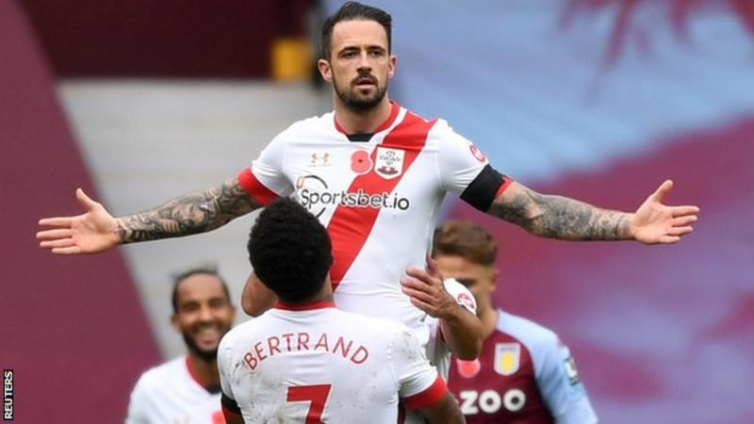 Aston Villa have signed England striker Danny Ings from Southampton on a three-year contract in a £25m deal.

Ings, 29, is Villa’s fourth signing of the summer after Leon Bailey, Emiliano Buendia and Ashley Young.

He scored 46 goals in 100 appearances for Southampton after joining from Liverpool in 2018.

“Danny is an outstanding Premier League footballer who has scored goals wherever he has played,” said Villa boss Dean Smith.

“He is also a top professional with a great character who will be a leader in our squad and a role model for our rapidly developing young academy players who are now in and around the first team.”

Ings, who was about to enter the final year of his contract at St Mary’s, turned down the offer of a four-year deal in July that would have made him the club’s best paid player as he wants to test himself at a higher level.

The striker’s four-year spell at Liverpool was hampered by two major knee injuries that saw him spend more than a year on the sidelines.

Having been in Gareth Southgate’s England squad for matches in September and October, Ings’ chances of making the squad for Euro 2020 were hindered by a succession of niggling problems, including a positive Covid test.

He arrives at Villa Park just as midfielder Jack Grealish edges closer to a move away from the club, with Manchester City closing in on a £100m deal for the England international.

Southampton boss Ralph Hasenhuttl says he will be able to use the money received for Ings to strengthen his squad.

“We’ve had a fantastic player over a few years who helped us a lot staying in the league,” the Austrian said. “He didn’t decide to sign a new contract with us, he’s decided to go somewhere else. This is his right.

“We got a lot of money for him, with only one year left (on his contract). So I think it’s a deal where we only have winners on every side.

“We can replace him and we must replace him, to get a player who scores goals for us.”