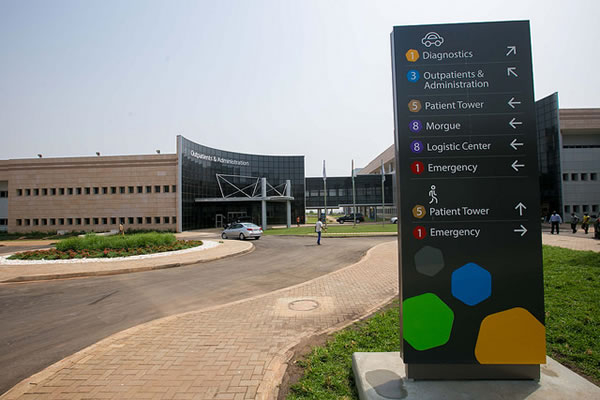 Government has announced, it is opening the University of Ghana Medical Centre as hospitals overflow with critically ill patients, sparking a national conversation about the nation's priorities and politicians.

The facility which has been dormant for more than 18 months until the Health Minister Kwaku Agyeman-Manu toured the hospital Wednesday evening and announced its opening.

The UGMC will however only take referral Out Patient Department (OPD) cases, he indicated and further narrowed the focus to specialist services in three departments – Dermatology, Ophthalmology and Ear, Nose and Throat (ENT) services.

Kwaku Agyeman-Manu also indicated, Laboratory and Pharmacy services are expected to be available.

According to ministry officials, the facility will start off with about 30 to 40 staff approved by the Ministry which will need at least two weeks to be begin  recruitment of staff to other unused facilities. after which they will be made operational..

The coming months will see commencement of work on the second Phase of the Medical Centre following approval of the 50 million dollar loan facility.

The hospital, said to be the first of its kind in West Africa, is a 650-bed facility built at a cost of $217 million raised through loans from Israel. It was one of the last projects commissioned by President John Mahama on January, 4, 2017 during the dying days of his administration.

But the hospital which is expected to receive international accreditation has remained closed. Government has said it needs $50m to complete the second phase of the facility.

A tussle between the University Authorities and the Ministry of Health over who has the right to manage the facility has protracted the opening of the facility. The turf war described as "needless" triggered backlash against the government on social media and an online petition to get the government to operationalise the facility.

A University student, Reginald Sekyi-Brown, was arrested for wielding a placard demanding the opening of the facility at Korle Bu, where the First Lady Rebecca Akufo-Addo was delivering a speech.

There were ”‹media reports that expensive medical equipment installed were deteriorating. 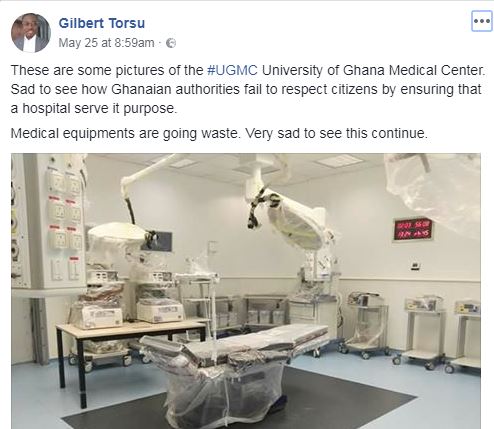 The death of a 70-year old man turned away by several hospitals over a lack of a bed raised questions about the priorities of government officials and appointees.

The lack of beds at the Surgical Medical Emergency (SME) Unit of the Korle-Bu Teaching Hospital forced doctors to treat patients in plastic chairs and on floors following a directive by the Health Minister for doctors not to turn away patients on grounds of lack of beds.

Hospital administrators said calls to treat patients on bare hospital floors in emergency cases should not be encouraged because it leaves the patient to the threat of infections.

Administrators at the Korle-Bu Teaching Hospital have said it needs an extra 500 beds to solve the crisis of accommodation at the biggest referral hospital in Ghana.

The dormant 650-bed University of Ghana Medical Center appeared to be the most immediate solution to the problem.