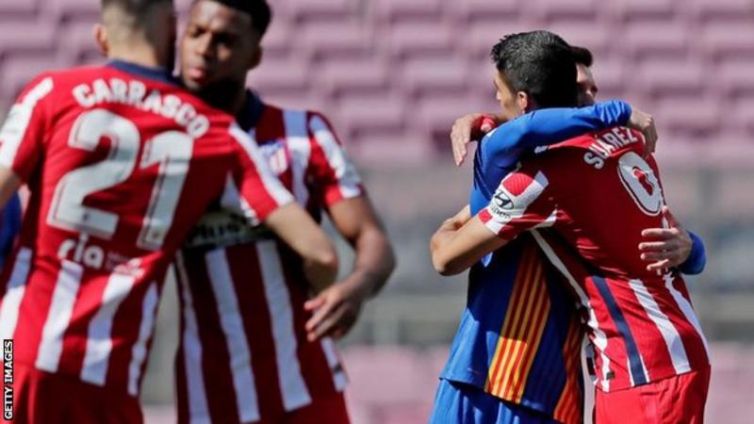 Atletico Madrid remain two points clear at the top of La Liga but their draw at Barcelona means rivals Real Madrid now hold the advantage in the title race.

Real will move level on points with Atletico if they beat fourth-placed Sevilla on Sunday, but would go top because of their head-to-head record.

The top four can all still win La Liga in a remarkably tight title race.

Barcelona struggled to break their visitors down and sit two points behind Atletico with three games remaining.

Lionel Messi looked most likely to make something happen for the hosts and forced Jan Oblak into a diving save after a gliding run across the top of the box.

But the visitors created the better chances in the first half and Luis Suarez saw his strike well saved by Marc-Andre ter Stegen at the near post.