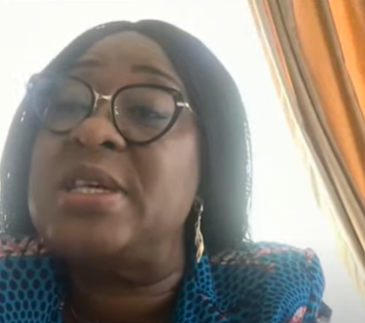 According to the group, despite the relevance of the bill in championing gender equality in Ghana, the Bill has not been accorded the needed attention and urgency. This, according to the group, undermines the country’s efforts to deal decisively with the menace of patriarchy and gender inequality.

Speaking at a women in media engagement by the Institute of Democratic Governance (IDEG), the convenor of the group, Sheila Minka Premo called on government and all relevant stakeholders to turn their attention to the pending Bill, and effect the necessary processes to make it a binding law.

According to Mrs Minka Premo, failure of authorities to enact the Bill into law may spell doom for the country’s quest to attain social and economic balance in all spheres and sectors of national life. She added that Ghana must work to also improve the representation of women in politics and governance.

“From the Unit Committee where the Assemblies are, all of these are controlled by men. All the way to the regional and to the national.

So what is happening is that we are not getting women in to push their way through to make it to the national scene. And that is what is wrong with our political system. And that is the reason why the affirmative bill has still not been passed, because the political system is still dominated by men. And they have no interest in ensuring that, that Bill is passed.

So we as women, we need to work harder to ensure that we get it passed because it’s in our interest. It doesn’t make sense that we make more than 50% of the population, and we have less than 15% of the voice,” Sheila noted.

Citing examples in other African countries like Rwanda, South Africa, Guinea among others, a senior research fellow at IDEG, Kwasi Jonah, described as woefully inadequate, the representation of women in government.

He made reference to the recent appointment of 260 MMDCEs by President Akufo-Addo; out of which only 38 women, representing 4.6per cent are women. He therefore called for the implementation of a quota system to give women greater leverage, exposure and influence, especially at the local government level.

When passed, the Affirmative Action Bill will deepen the involvement of women across all spheres of national life and development.

For this reason, scores of women and advocacy groups continue to intensify the calls for government to give effect to the Bill which has been a topical subject over the past few years.

DISCLAIMER: The Views, Comments, Opinions, Contributions and Statements made by Readers and Contributors on this platform do not necessarily represent the views or policy of Multimedia Group Limited.
Tags:
Affirmative Action Bill
Coalition of Affirmative Action
Institute of Democratic Governance
Women Empowerment