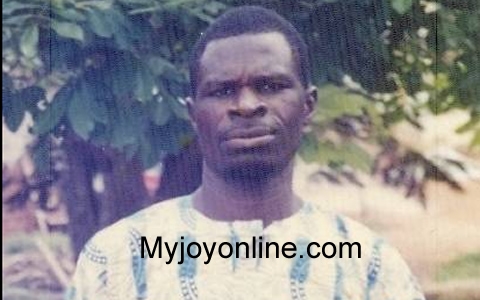 Relatives of a 33-year old woman who survived a murder attempt by her ex-husband is accepting blame for the incident that nearly cost the woman’s life.

Salamatu Ahmed suffered cuts in the neck and on a finger as she struggled to save herself from Ibrahim Danso who attempted to slit her throat with a kitchen knife she was sleeping. The incident occurred at Adankwame in the Atwima Nwabiagya District of the Ashanti Region.

The victim’s family says failure to dissolve the marriage after persistent complaints from the woman, gave rise to the latest ordeal. 41 old Ibrahim Danso is being pursued by police for attempted murder.

His attack on his ex-wife who refused a come-back bid after a four month mutually agreed separation, nearly sent the woman to her grave. In the presence of their three daughters, Danso pulled a knife on the woman in the early hours of Thursday, but neighbours rescued her.

Salamatu told Nhyira Fm on several occasions she reported the conduct of her ex-husband to her family but the family insisted that she exercised patience and accept reconciliatory proposal from the man.

Salamatu’s uncle, Alhassan Nkrumah, said this should serve as a lesson to all families to be proactive in dealing with relationship conflicts. He concedes the family’s approach of using dialogue to resolve the conflict was not enough to save the situation.

Meanwhile, the Adankwame police have mounted search for the suspect believed to be hiding in the area.