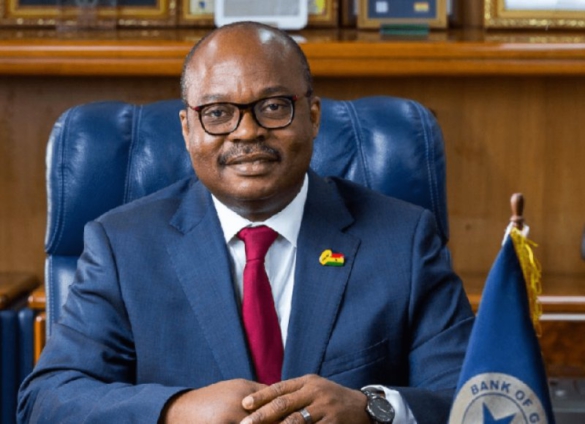 Governor of the Bank of Ghana, Dr Ernest Addison

According to him, it is rather unreasonable for government and the Bank of Ghana to be increasing austerity measures now when fiscal stimulus and innovations are needed to resuscitate the economy.

He noted that going to the International Monetary Fund for a programme is not really the solution the country needs at the moment as the IMF will predictably suggest austerity measures.

Commenting on Monetary Policy Committee (MPC) of the Bank of Ghana increasing the policy rate by 250 basis point to 24.5%, he stated that he suspects the IMF played a major role in such a move by the Central Bank.

The rate hike means it will become more expensive to borrow from the banks, a situation that will push the cost of living and doing business in the country further up.

“The Fund programme is not our solution at all. If I had my own way we will not go into that area at all. Because basically what the Fund is going to do is exactly what the Central Bank has started doing. I actually can see the handwriting of the IMF in this policy press release.

“I was surprised that the Central Bank did not come out last week to release the monetary policy press statement and they had to wait to collaborate what the Fund had to say. The Central Bank is supposed to be independent; they’re supposed to tell us the kind of monetary policy that they think is good for Ghana irrespective of what the IMF thinks.

“So for them to wait for all this negotiation I see that the IMF is basically going to suggest austerity, it’s orthodox,” he said.

Explaining his aversion towards austerity measures, he explained that austerity measures will only worsen the already harsh economic condition in the country, and could possibly lead to an uprising if situation gets dire.

He has suggested that government goes after companies that have been enjoying a profit windfall from 2020 instead.

“It’s not a one size fits all. And again we don’t need austerity. Austerity is bad because austerity makes things tight for the people, and that is what normally led to revolutions and Arab Springs and other things. The role of the government is development, it’s about people.

“You cannot have a government in power and your people are suffering and you feel helpless. You need to be innovative. There are companies in this country that have windfall profit right from 2020. You need to go after them.”

DISCLAIMER: The Views, Comments, Opinions, Contributions and Statements made by Readers and Contributors on this platform do not necessarily represent the views or policy of Multimedia Group Limited.
Tags:
Austerity
Prof. Charles Ackah