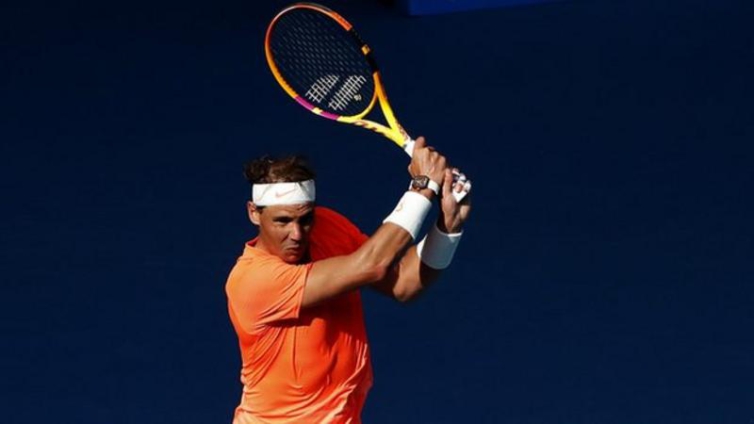 Nadal will face Stefanos Tsitsipas in the last eight on Wednesday.

The Greek fifth seed was handed a walkover win in round four after Matteo Berrettini of Italy had to withdraw because of an abdominal injury.

Tsitsipas had been due to play ninth seed Berrettini in the final game on Rod Laver Arena on Monday.

I was a bit lucky – Nadal

Nadal’s victory means he has reached a Grand Slam quarter-final for the 43rd time, going on to win 20 titles, although his only success in Melbourne was 12 years ago over Roger Federer.

He came into this tournament with a back injury, having withdrawn from the ATP Cup earlier this month, but has not dropped a set in his four matches.

Fognini, 33, was playing in the fourth round for the fourth time in eight years but, apart from a break of serve in the second set which Nadal immediately broke back from, was unable to put the Spaniard under pressure.

“I played a good game when he broke me and was lucky to have the break back immediately and save a game from love-40 so I was a bit lucky,” said 34-year-old Nadal.

“It was humid and warm but the conditions are quicker during the day and for me it’s better to play in the day as I like the ball flying but I need to adapt for all the conditions.

“I’m happy the back is holding up but [Tuesday] will be an important day for practice.”

Medvedev beat American world number 192 Mackenzie McDonald 6-4 6-2 6-3 to claim his 18th consecutive victory and it means there are three Russians in the quarter-finals of a Grand Slam for the first time in the Open era.

“I want more all the time, but step by step, so this is amazing,” said Medvedev, who only needed one hour and 29 minutes to defeat McDonald on Margaret Court Arena.

Aslan Karatasev, who had to win three matches in the qualifying event in Doha, won on Sunday as his dream Grand Slam debut continued.

No Russian male has won a Grand Slam since Marat Safin in Melbourne in 2005.