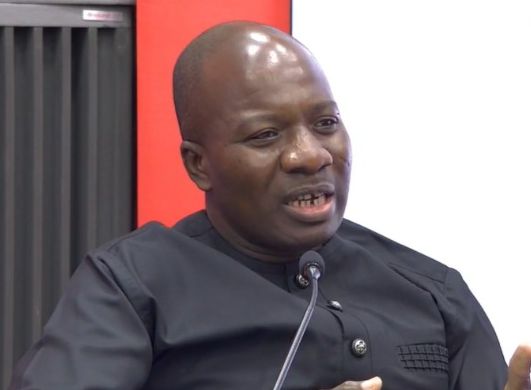 Member of Parliament (MP) for Bawku Central, Mahama Ayariga has underscored the need for the Majority to address concerns raised over the policies and levies introduced in the 2022 budget rather than engage in theatrics.

He said as far as the Minority is concerned, concerns over the e-levy must be addressed.

Speaking with Evans Mensah on Top Story, on Wednesday, Mahama Ayariga said the Majority side of the House has failed to address the issues raised concerning the electronic levy and the others.

“I think that the most important thing is let’s avoid the theatrics, let’s go to the substantive issues. The Taxes, what are they doing about the taxes? They haven’t told us what they will do about that taxes. They have not properly laid the reduction in the E-levy to 1.5% before the House so it is not part of the record of the house…it is not officially before the House,” he told Evans Mensah.

He added that the First Deputy Speaker’s decision to overrule the motion by the Minority is irregular.

He argued that the appropriate way according to the standing orders was for Joseph Osei-Owusu to have put the motion to a vote since the motion had been moved, seconded and debated upon.

He further stressed that the Minority will continue to demand that the House votes on the motion to overturn the approval of the 2022 Budget statement and economic policy moved by the Minority Leader, Haruna Iddrisu.

The Minority Caucus in Parliament on Wednesday moved a motion to overturn the approval of the 2022 Budget statement and economic policy.

The budget was approved in the absence of MPs from the Minority who declined to engage in the business of the day.

They have described the approval of the budget as unconstitutional, citing a contravention of standing orders 109 of Parliament.

Proceedings turned chaotic after the Speaker ruled on the motion by the Minority to overturn the approval of the 2022 Budget statement and economic policy.

“Honourable members let me put on record that I am a member of Parliament, I was counted to form the quorum but I did not vote. I did not vote whiles presiding. Therefore, the request for application is refused,” he ruled.

This led to an abrupt suspension of proceedings for one hour.

DISCLAIMER: The Views, Comments, Opinions, Contributions and Statements made by Readers and Contributors on this platform do not necessarily represent the views or policy of Multimedia Group Limited.
Tags:
2022 Budget and Economic Policy
Mahama Ayariga
Majority and Minority in Parliament