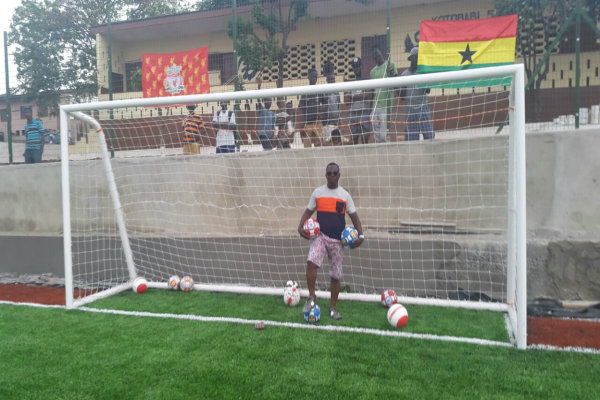 The 700-seater capacity Wembley sports complex is situated inside the Kotobabi Community and will later have basket, volleyball and tennis courts.

Mr. Ayariga alongside the mayor of Accra, Oko Vanderpujie visited the complex on Monday and was impressed to see an initiative of this nature without government support in order to develop leftover spaces in our communities.

According to the minister, this facility will be given the necessary support by government.

“The Sports Ministry will make sure that regulations will be in place for children in and around the community to have access to the facility and I’m appealing to all communities that it takes money to put up such facilities and maintain it, so they should also appreciate the investment that a man of this nature has done” the Sports Minister said.

This is the second biggest Astro turf in the Greater Accra region after the Tema Stadium, which football clubs use to play matches in the Ghana Premier league and lower divisions.

It is expected that the construction of this facility which is a nine-aside will take off some pressure from the Tema stadium.