Babies turning up dead from lack of incubators at hospital in Northern region - MyJoyOnline.com 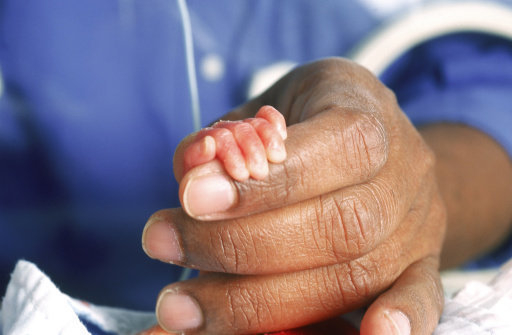 A lack of incubators at a local hospital in the Northern region has left over a dozen babies dead, journalist Joojo Cobbinah described in a gripping report on Joy News Friday.

At the Kpandai Polyclinic, babies who need special care must be trekked over 200 kilometers on poor roads to reach Tamale Teaching Hospital, where they can receive proper medical treatment. However, in many cases, those babies arrive dead.

Cobbinah traveled to Kpandai earlier this month where he spoke with Raymond Aboungo, Tamale Teaching Hospital’s medical superintendent. He says a large part of the problem stems from the deplorable conditions of the roads leading into and out of the hospital.

“We try to manage in our own way but a lot of these babies must go by public transport,” Aboungo told Cobbinah. “If the baby can get an incubator it would help instead of traveling them to a very far distance.”

Aboungo says he would transport these babies with his own personal vehicle, but because the roads are rocky, he is unable to. He himself rides a bike to work everyday while his car sits at home.

Meanwhile, a resident in Kpandai named Ester said that the journey to Tamale can be cumbersome and dangerous for an ill newborn.

“From here to Tamale is a very long journey. Traveling with the babies who are tiny is difficult,” she said.

According to the report, the ambulance service in the municipality requests GH¢500, which most people simply can’t afford to pay.

On a broader scale, childbirth-related deaths have hit the country hard.

Of these deaths, most come from Ghana’s Volta region, the fourth poorest region in the country, according to the World Health Organization. The area holds a maternal mortality rate of 706 per 100,000 live births, considerably higher than the national average.

An even stronger cause for concern is where Africa stacks up on the global scale. Of the 830 women who die every day from childbirth-related complications, more than half come from sub-Saharan Africa.

“It is certainly not at the level that we want,” says Dr. Yaw Ofori Yeboah, Deputy Director in charge of Public Health in the Volta region. “There is a lot of room for improvement, and as you can imagine, maternal health is at the core of the health sector. Where we are, we are not comfortable.”