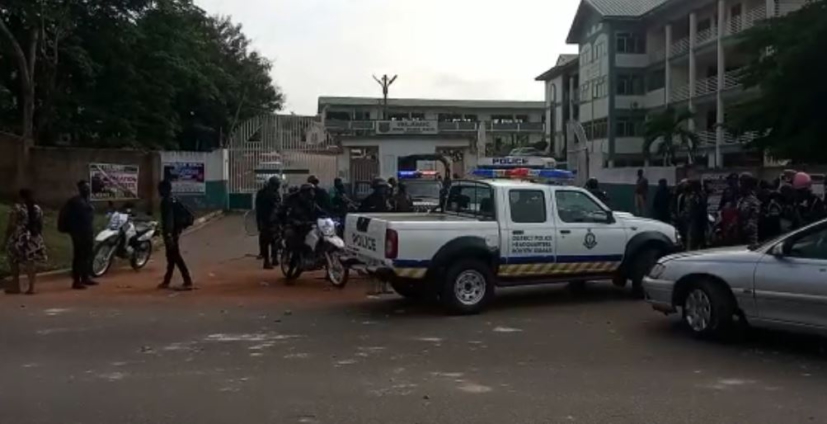 The Speaker of Parliament, Alban Bagbin has tasked members of the Defense and Interior Committee to acquaint themselves with the current state of affairs with regard to the clash between the Police and students of Islamic Senior High School in Kumasi, on Monday.

The Committee has been handed a week ultimatum to report their findings to Parliament to enable the House take the necessary action.

Alban Bagbin gave this directive on the floor of the House on Tuesday after Minority Chief Whip, Muntaka Mubarak made an urgent statement on the matter.

“I will direct the Committee on Defense and Interior to take the matter up and report to us by early next week. In other words, I am saying that the members of the Committee should visit the Police, starting from the IGP to the Regional Police Command and the school in question, the hospitals and see the injured students and then report back to the House with your kind permission by Tuesday,” Alban Bagbin said.

The Asawase legislator in making the statement criticised the Police for what he described as unprofessional conduct in handling the situation.

“Mr. Speaker, according to fresh information from the school authorities, the Police broke through the school gate, entered the campus, and while the headmaster was telling them that the situation is under control, they didn’t take it and started firing teargas and live ammunition.”

“They chased some students into their dormitories and their classrooms and in the course of this, 38 students of the Islamic Senior High School got several degrees of injury and were rushed with ambulances across some hospitals in Kumasi.”

Meanwhile, the Ghana Police Service has admitted that its personnel could have handled the riot better.

According to the Service, a more calculated tactic could have led to a much more salient resolution to the chaos and not the development that was seen in the Ashanti Region town on Monday.