Bagbin to receive Most Respected Minister of the Year Award - MyJoyOnline.com

Bagbin to receive Most Respected Minister of the Year Award 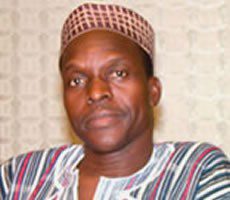 Minister for Health, Alban Bagbin, has been nominated as the recipient of the maiden ‘Most Respected Minister of the Year Award’ instituted by Institute of Policy and Strategy Development (IPSD), a leading African leadership and good governance training centre.

The award which is dedicated to recognizing the outstanding performance and achievement of ministers of state, with the objective of motivating them to aspire for greater excellence in the performance of their functions was instituted in collaboration with BusinessWeek and The Corporate Guardian.

The decision to award Alban Bagbin, who is also the Member of Parliament for Nadowli West Constituency in the Upper West Region, in this maiden edition of the award, was informed by his exceptional leadership qualities including, punctuality at work, dedication to duty, selfless service to the nation, to mention but a few. Members of the award panel were particularly impressed about the Health Minister’s dispute management skills which led to the restoration of relative calm and order in the health sector, following the agitations and bitter industrial strike actions which were recorded during the period under consideration.

The presentation ceremony which is scheduled to take place on Thursday, 22nd November, 2012 at the Accra International Conference Center, will also be attended by members of the Diplomatic Corps, government functionaries, and representatives of civil society organizations, chiefs, business executives and the media.

Alban Bagbin is expected to deliver a lecture on; Delivering Quality Healthcare in Ghana in acceptance of the award.