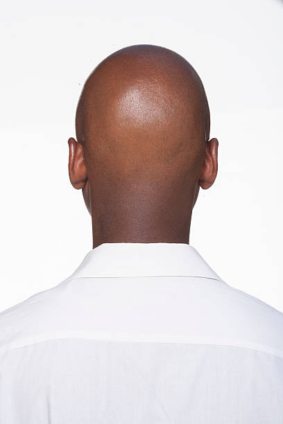 Black young man back of head

On the lighter side of social discourse, there is a longstanding debate about whether bald men are more attractive than those with hair.

While some feel men who wear a clean-shaven head are more appealing, others say their haired counterparts have far more inviting looks.

This difference in opinion was expressed on Joy FM‘s Super Morning Show on Friday, when listeners were asked to call in and share their views on the issue.

A caller, in expressing her views intimated that, as far as she is concerned, she is not only intrigued by bald men, but also bald men who possess the Ghana Card.

In stating her unique angle, she said bald men with Ghana Card are the “new deal”.

Apart from the callers, an invited guest, Bernice Esinam Batali, who also shared her thoughts noted that as far as she is concerned, bald men are as attractive as those with hair on the scalp.

For Esinam, her choice of a man is not based on whether they have hair or not; but rather whether the man in question possesses other good qualities.

Meanwhile, the Chief Executive Officer of the Vinci Hair Clinic, Ayo Otubanju, says baldness is not a defect as many assume.

Adding to the discussions, the expert said it is natural for men to be born bald.

He however explained that men who are bald can resort to special arrangements to grow their hair if they wish to do so.